When 4 teens plotted to kidnap his daughter, one Florida father with a gun had other plans 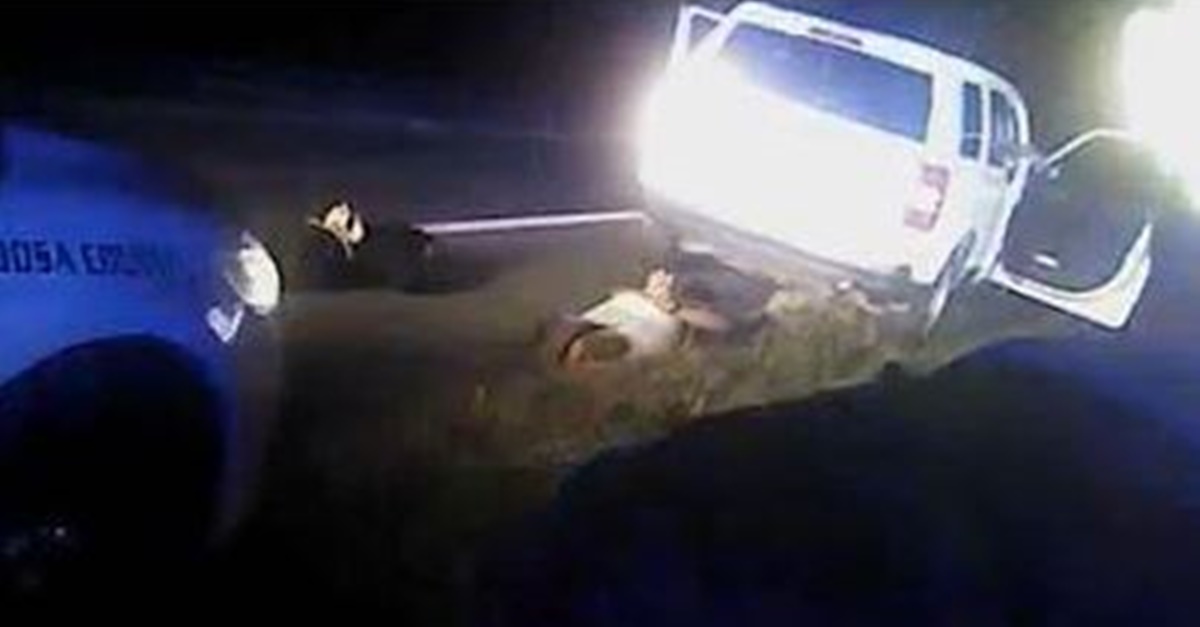 A Florida father chased away four teens who allegedly tried to kidnap his 17-year-old daughter, allowing the police to track them down. And, now, he’s being hailed as a hero.

The incident started when the girl was leaving her family’s home Tuesday evening and discovered the end of the driveway had been blocked with barrels, according to a report by DailyMail.com. She was able to maneuver her car around the barrels and make her way down the street.

However, her father noticed the situation and suspected foul play. He grabbed his gun, ran outside and found four teenagers attempting to break into his garage. The 51-year-old father shot at the suspects, who escaped into the woods, according to the Okaloosa County Sheriff’s Office.

Four teens armed with a knife, guns and a roll of tape planned to kidnap and rob members of a Baker family last night,…

The police believe the four teenagers had “concocted a plan to kidnap the teenage daughter.” Police believe they put the barrels at the end of the driveway to try to force her out of her car so they could then grab her.

The girl’s father later found that the suspects had unscrewed some of the home’s security lights for a possible second attempt at kidnapping his daughter.

A neighbor called the police when he witnessed a “suspicious car” fleeing from the scene. He gave a description of the vehicle to the police, who later pulled over the 2016 White Jeep Liberty on Highway 4.

RELATED: Video shows big surprise this convenience store owner had for the three men who came to rob him

The Okaloosa County Sheriff’s Office released a statement describing the aim of the four teenagers they pulled over in the vehicle. They described the events as a plot to rob the home because they believed the girl’s father to be wealthy.

RELATED: A donut store heist in Houston leaves the clerk in shock, but are the customers complaining?

“The goal was to first force her out of her car by blocking the road with barrels and garbage cans. (However, their intended victim drove around the barrels and kept going). They then planned to head to her house, confront and subdue her father — who they believed to be wealthy — and rob the home.”

The four defendants have been charged with attempted kidnapping and attempted home invasion robbery.

Johnson was booked into the Okaloosa County Jail while the others are being held at the Department of Juvenile Justice facility.