At a Hillary Clinton rally in Fort Lauderdale, Fla., on Tuesday, a heckler shouted “Bill Clinton is a rapist,” causing Clinton to briefly lose her cool.

Clinton began to grow hoarse as she shouted at the man who criticized her husband.

“I am sick and tired of the negative, dark, divisive, dangerous vision and the anger of people who support Donald Trump,” Clinton yelled, pointing at the protester. “It is time for us to say no, we are not going backwards, we’re going forward into a brighter future.”

RELATED: Why Hillary Clinton has my vote

The man who shouted at her was holding a sign that repeated his claim, along with “INFOWARS.” Infowars.com is the home base site for Alex Jones, a conspiracy theorist who is known for being a 9/11 truther and a hero of the alt-right political movement.

Earlier this fall, Jones said he would give money to anyone who got on live TV yelling “Bill Clinton is a rapist.” 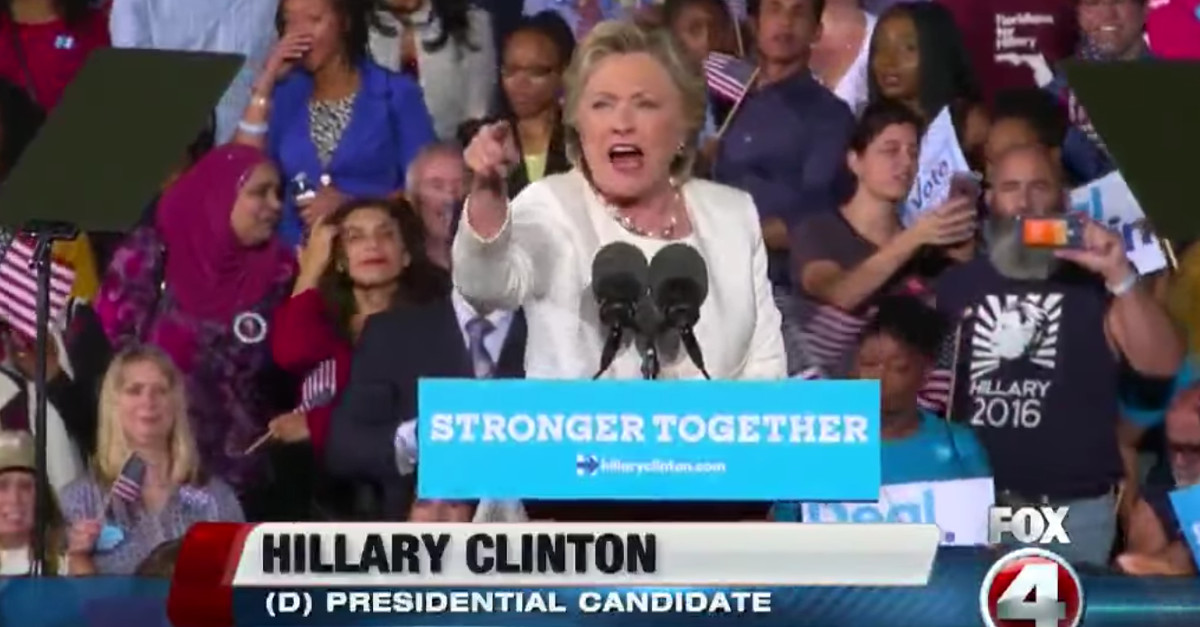