When a Florida teenager told George Pugh, a homeless man in New York City that he wanted to kill cops, Pugh initially thought it was just an empty threat.

“I figured he was a mark,” Pugh told the New York Daily News.

“I went over to him to ask for a cigarette, but I didn’t want any cigarette. I was interested in his weed.”

The two were smoking weed together outside the Port Authority Bus Terminal when Pugh claims the teen motioned to a nearby officer and indicated that he wanted to kill some cops.

That’s when the teen showed Pugh the gun in his bag, and Pugh knew that he may just be serious.

RELATED: These police shootings are about brutality and racism, not gun control

“I’d like to off that guy,” the Port Authority claims the man said to Pugh.

“I should have blown their fucking brains out. I got my shit- with me: a .38 with hollow points,” Pugh recalled.

Pugh later told the New York Post that he thought the guy was joking until he saw the gun.

“I didn’t believe him. Then he showed me the gun,” Pugh said.

After seeing the gun, Pugh left the man and tracked down some nearby Port Authority cops.

“I told them what the guy said and they grabbed him right away,” Pugh told the Post.

After police booked the Florida teen for weapon’s possession and making a terroristic threat, they told the Post that Pugh may have saved a cop’s life.

According to the New York Daily News’ interview with Pugh, he was inspired to tell police because he thought there might be a reward. 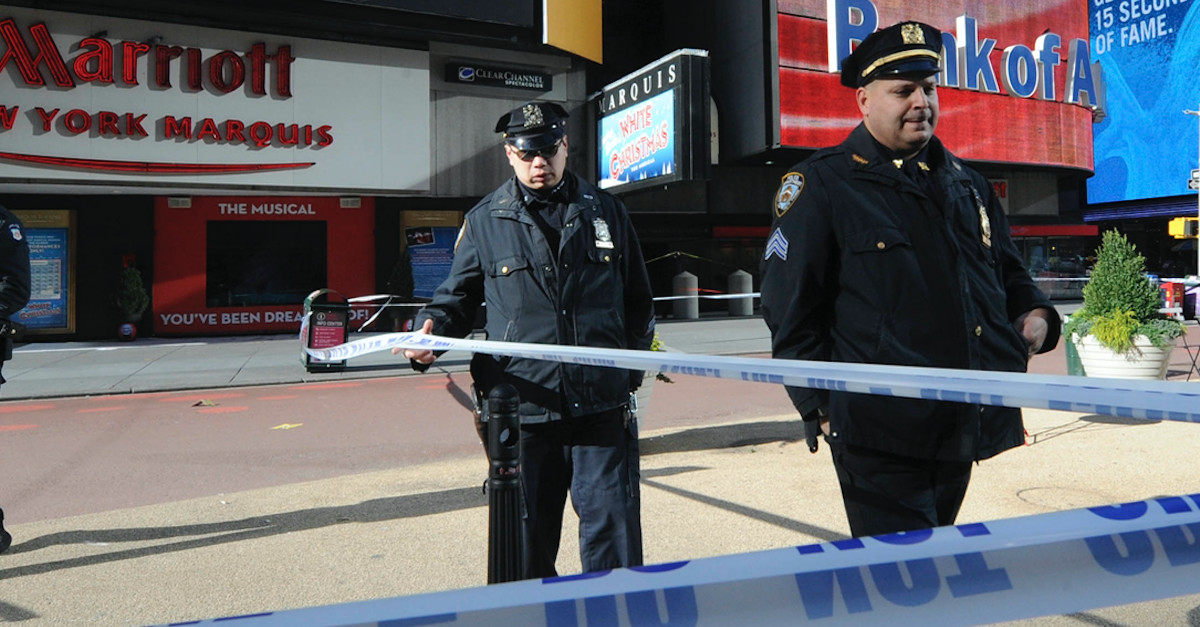