Yes, rats can go up there, and they may be quite terrifying in the process.

Reddit user cecebird posted a photo sent to him by an uncle, showing the world what happened after the uncle heard a strange noise in the bathroom.

After hotel maintenance was alerted, they came to investigate and discovered a giant rat stuck in the toilet.

“I would check out immediately! If it happened once, it could happen again,” cecebird wrote of the event.

Though he has yet to corroborate the story with a name and location of the hotel, cecebird claims that the enormous dead rat was found in a hotel in the United States.

Rats are stronger than you might think. They can swim for three days. They can fit through holes the size of a quarter. The kind of rat you would find in your home doesn’t even exist in the wild. They depend on humans for food and shelter, and they will eat ANYTHING to survive.  If you chase them away from one location they tend to show up somewhere else.

So, long story short, it’s not that much of stretch for them to wind up in a toilet. If you cap the pipe the rat might show up in your  next-door neighbor’s toilet. Howdy neighbor! 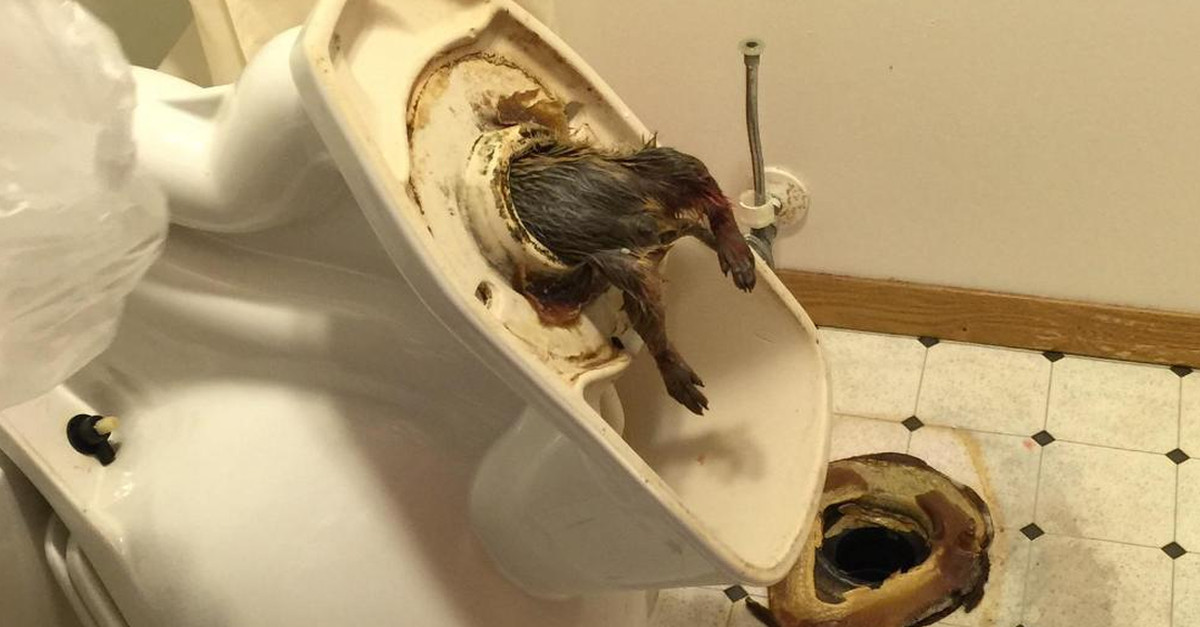