When train delays made a Queens, NY graduate miss his ceremony, the whole train leaped into action 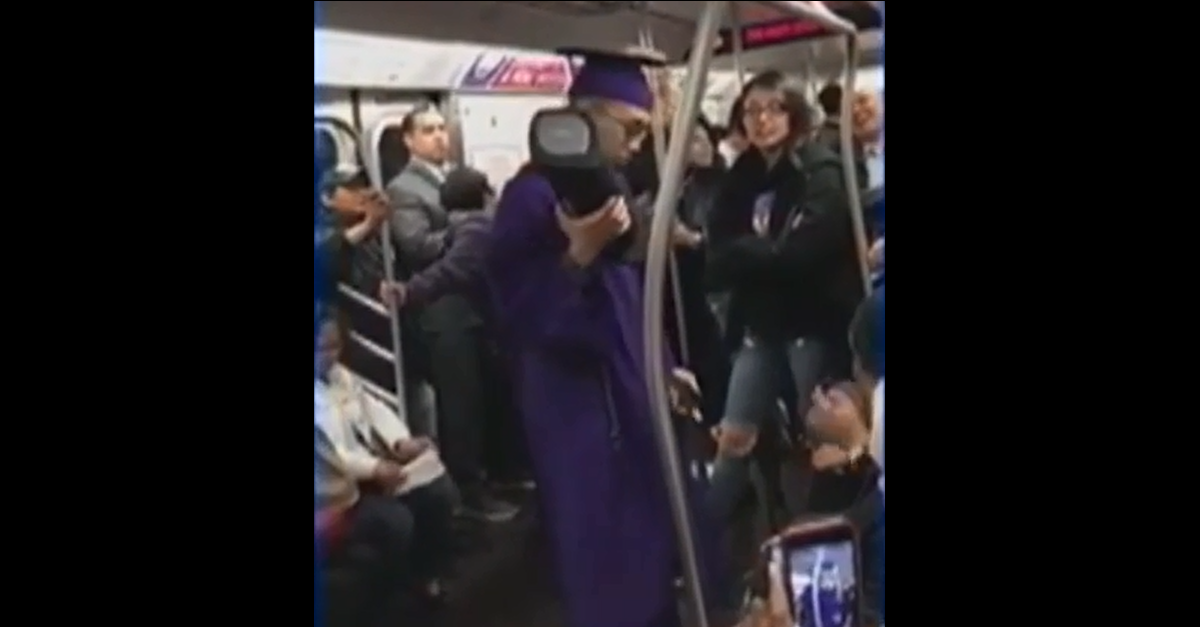 It was Jerich Alcantra’s graduation day. According to New York Magazine, the nursing major had completed a degree at Hunter College and was headed to his graduation ceremony with friends and family. The group was on an E train towards the school’s Brookdale campus when the emergency brake went off.

That threw a wrench into their plans.

RELATED: These graduates managed to turn their school into an indoor ski resort with the most excessive paper toss you?ll ever see

Jerich, who was already wearing his cap and gown, watched minutes turn to hours, realizing he would miss the entire ceremony. After trying to fix the stopped train for an hour and a half, MTA called for a rescue train, adding 30 minutes to his already-enormous delay.

So he took matters into his own hands, staging his own graduation ceremony ? and the train jumped right in.

“I figured I?d lighten the mood by thanking everyone for coming out,” he told New York Magazine. “That led to applause, and the rest just followed.”

With the train watching and applauding, Alcantra played Green Day’s “Good Riddance (Time of Your Life),” which he planned to walk to, and accepted a “diploma” written on a friend’s phone.

Alcantra and his family and friends comfortably missed the entire ceremony, but they re-enacted his ceremony at Hunter College’s Brookdale campus shortly after arrival.