Authorities are investigating after a Texas high school teacher and her husband were found shot to death in their truck in New Mexico last week.

Ursula Tammy Kokotkiewicz, 32, and her husband, Jacob Kokotkiewicz, 31, were identified on Monday after their vehicle was discovered by a state trooper directing traffic due to an unrelated accident. Jacob Kokotkiewicz was found with a handgun in between in legs while sitting in the driver’s seat. His wife was found in the passenger seat, and both died from gunshot wounds to the head, according to the New Mexico Office of the Medical Investigator.

RELATED: He mistook his son for a burglar and shot him dead, and now he’s facing the consequences

The couple appeared to have been traveling through national parks, according to the teacher’s Instagram account. It is unclear if they died as the result of a murder-suicide.

“State police are still investigating the motive behind these deaths and details of this scene,” police spokeswoman Elizabeth Armijo told the Albuquerque Journal. “This investigation remains open and ongoing.”

Ursula Tammy Kokotkiewicz taught at North Dallas High School, while her husband had served in the Army and was previously deputy sheriff of Indianapolis.

RELATED: Police say this man pulled out his gun and caused a road rage incident to turn deadly 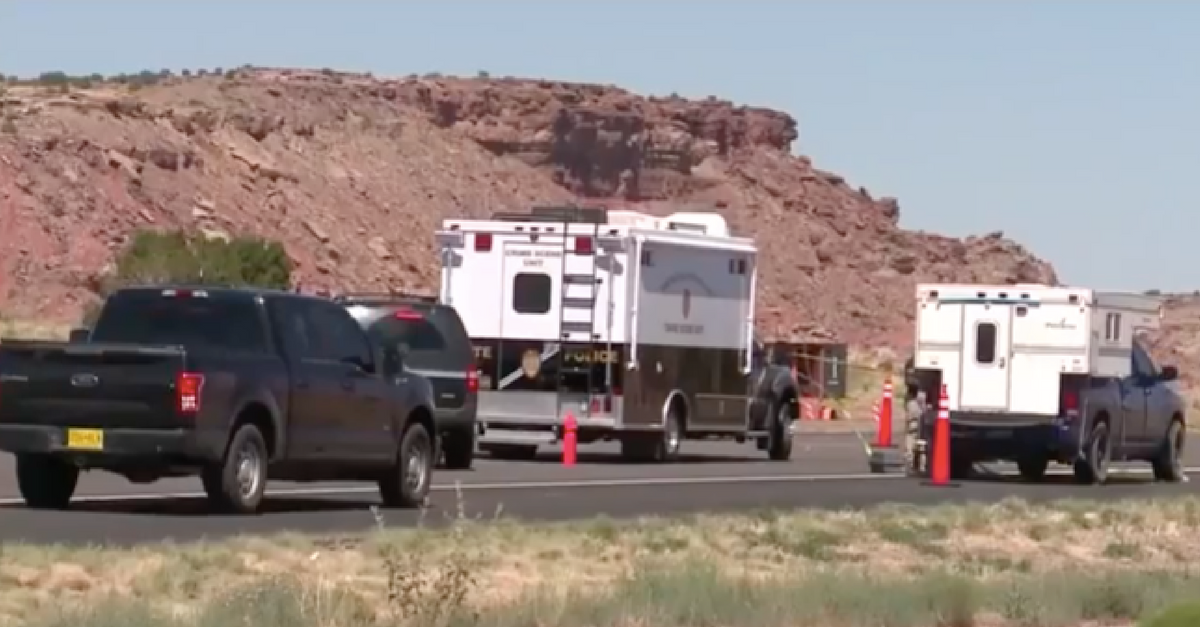