With blizzard conditions expected to begin burying Boston, New York City and other locales late Monday night and into Tuesday, a Boston news station ran a story about a house situated on Oklahoma Beach along the shore of Lake Ontario in Webster, N.Y.

What was so special about the house?

RELATED: They were in the midst of a snowstorm when a phenomenon lit up the night sky

Well, take a look at the video. The entire house is encased in ice. Five consecutive days of freezing temperatures and whipping wind created the incredibly unusual sight.

One of the newscasters chimed in: “But I bet that place is gorgeous in the summer.”

RELATED: Mom drank own urine as she searched for help to save family during storm

Her comment drew a chuckle from her broadcast partners, but the nor’easter — named Winter Storm Stella — bearing down on the northeastern portion of the United States is no laughing matter.

Forecasters are calling for up to two feet of snow in Boston and New York, just as many were already starting their spring planting at the tail end of what has been a very mild winter. 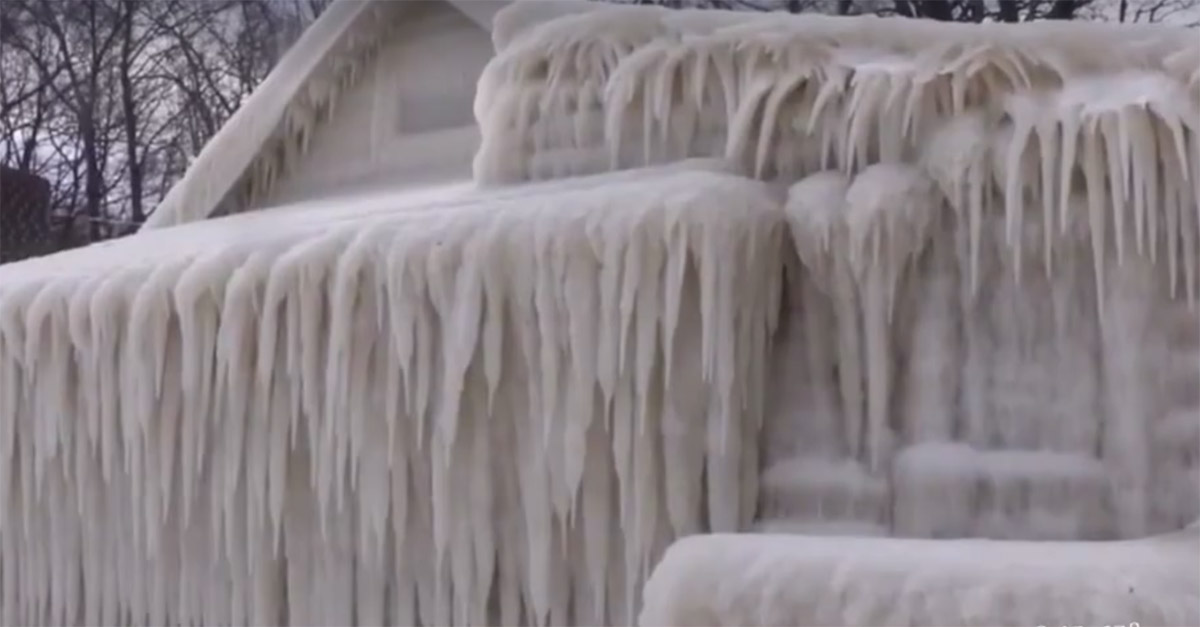