On Friday afternoon, the Seattle Mariners announced that backup catcher Steve Clevenger, who has been out with an injury for much of the season, will be suspended without pay for the remaining 10 games of the year.

“As soon as we became aware of the tweets posted by Steve yesterday we began to examine all of our options in regard to his standing on the team,” Mariners General Manager Jerry Dipoto said in a press release.

“Today we have informed him that he is suspended for the remainder of the season without pay.”

The move to suspend Clevenger came one day after the player sent out two tweets about Black Lives Matter, President Barack Obama and protesters in Charlotte, N.C., that many may consider inflammatory.

“Black people beating whites when a thug got shot holding a gun by a black officer haha shit cracks me up! Keep kneeling for the Anthem!” Clevenger wrote.

After Clevenger was suspended, many people wondered why the Mariners were able to suspend Clevenger, who they said was expressing his first amendment rights of free speech, but the NFL can’t suspend Colin Kaepernick.

Since the end of his pre-season games, Kaepernick has been protesting against racism in the United States by kneeling during the national anthem. This act of silent protest has led many to quantify Kaepernick as someone who hates police and doesn’t support the military.

RELATED: After their catcher called protesters animals and ripped into Black Lives Matter, this MLB team is exploring their options

Though many people may not like it, Colin Kaepernick isn’t breaking any written rules and Steve Clevenger did.

In spite of what people may think constitutes right and wrong, or whether they cheer for someone sitting out the national anthem, or hate Black Lives Matter, both players are part of their respective leagues’ players unions.

Every few years these unions go to tireless lengths to agree to fair working conditions for the employees that they represent. In contrast to Kaepernick and the NFL, Clevenger broke a rule that is part of a collective bargaining agreement that his union agreed to and that his contract states he follows.

According to said policy, a player can be suspended for doing either of the following things.

7. Displaying or transmitting Content that is derogatory or insensitive to individuals based on race, color, ancestry, sex, sexual orientation, national origin, age, disability, or religion, including, but not limited to, slurs, jokes, stereotypes or other inappropriate remarks.

In his two tweets, Clevenger called an African-American man shot and killed in Charlotte, North Carolina, a “thug.” He then expressed that he found humor in the idea that black people were fighting white people after a black man may have been killed by another black man. His next two comments about Black Lives Matter and President Barack Obama would most likely be considered OK under the current policy, but he continued to shoot himself in the foot when he referred to those two groups as “animals.”

While Clevenger’s thoughts on President Obama and Black Lives Matter are protected opinions of free speech, by comparing African-Americans to “animals” and expressing humor in the idea that black people weren’t fighting each other, Clevenger triggers the clause about publicizing an opinion “that is derogatory or insensitive to individuals based on race.”

Since Clevenger is an employee of and derives a financial benefit from the Seattle Mariners and Major League Baseball, they are within their rights to protect their image and brand as is dictated in the previously agreed upon policy regarding upon social media. 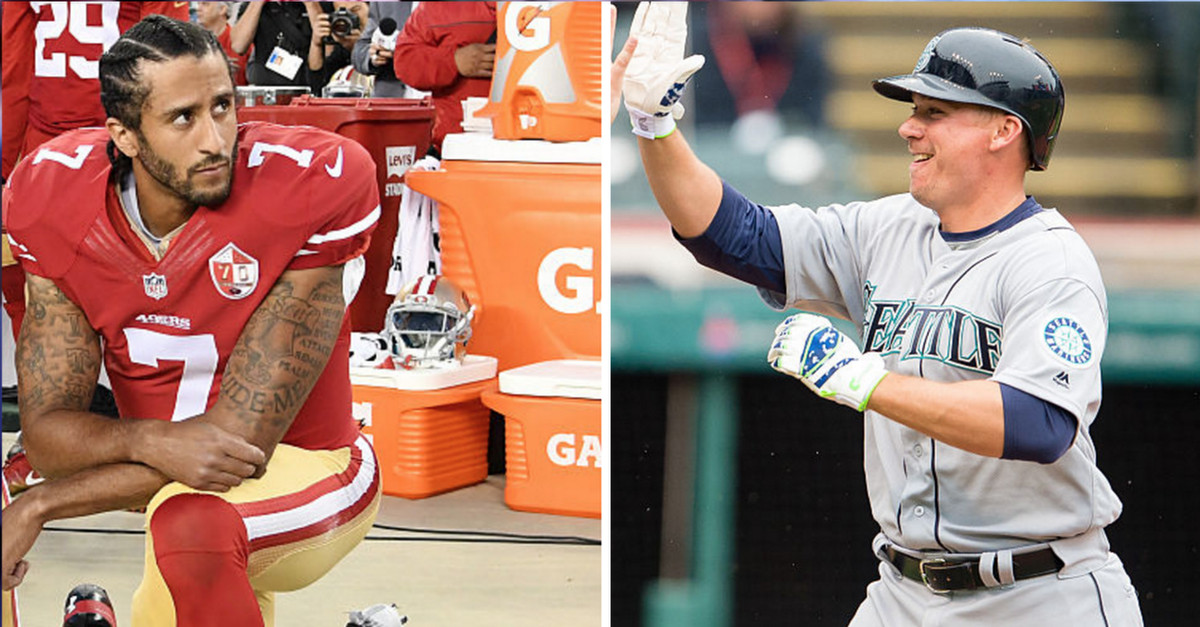