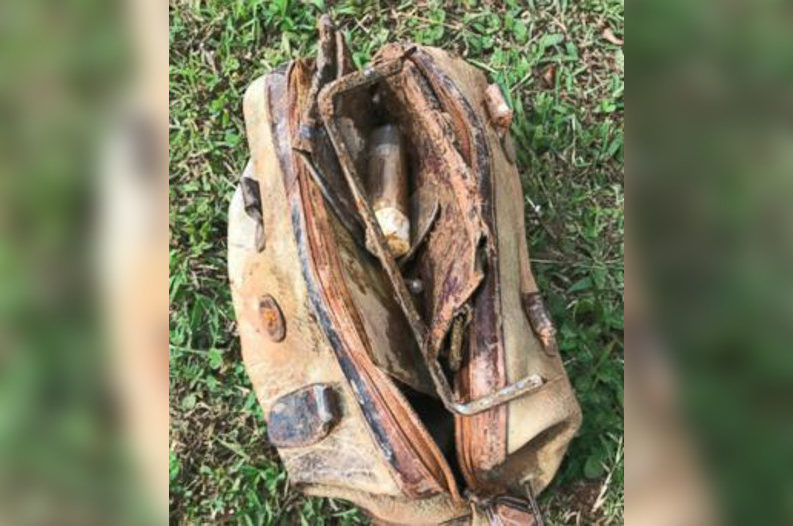 A young fisherman in South Carolina recently made an incredible and very unexpected catch. He reeled in a purse that was stolen 25 years earlier.

According to ABC News, Ben Myers took his young relative, Brodie Brooks, out fishing on Lake Hartwell. Brooks thought for sure that he was reeling in a huge fish. Turns out, Brooks caught a woman’s purse which had been taken quarter-century earlier. Coincidentally, Meyers actually knew the purse’s owner.

April Bolt is a friend of the family. Myers had reportedly not seen her in 10 years. And here he was, returning her long-missing purse.

Considering it’s been at the bottom of a lake for 25 years, Bolt’s purse was still in good shape.

So what did they find inside? Among other personal items, they found pictures, a tube of lipstick, and credit cards still mostly intact.

“I couldn’t believe it. I was lost for words,” Bolt said to ABC News. “You never think you’d see it again.” Bolt figured that the thief had snatched the cash and then tossed the purse in the lake.

The photographs aren’t perfect, but they’re still oddly well-preserved. Actually, all the purse’s contents are well-preserved, which begs the question: what kind of bag is this and where can we get one?

Now Watch: How to Make a DIY Fishing Rod Holder