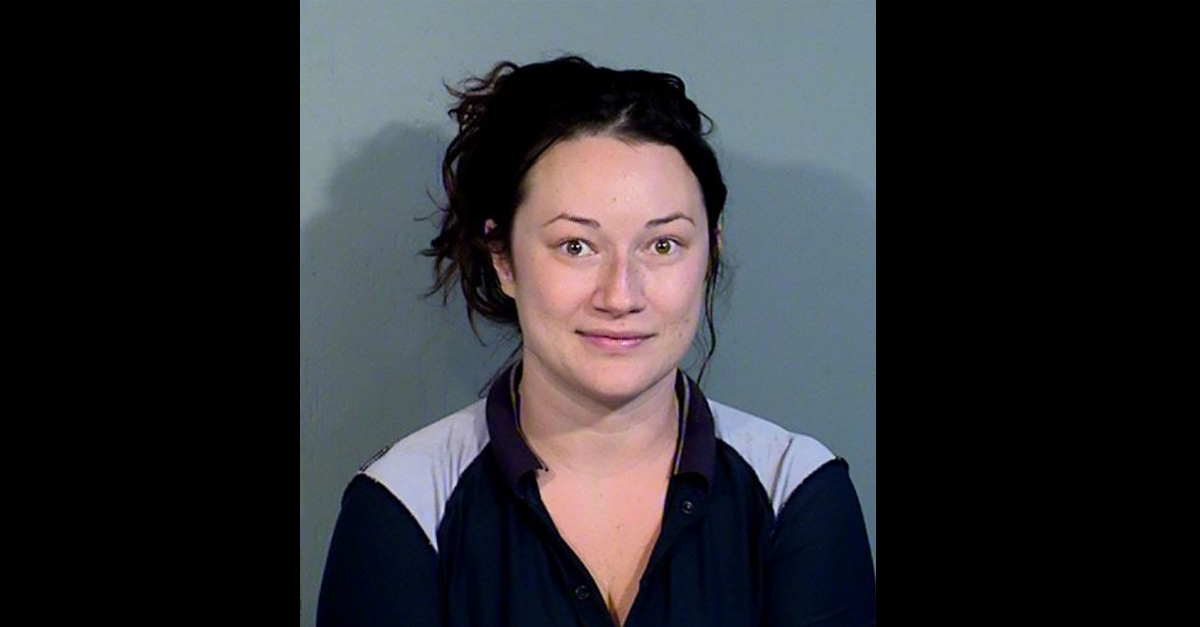 An Arizona woman — one with a lot of time, an active and graphic imagination, and a solid knowledge of human biology that becomes pretty distressing when combined with the other two — went on a date with a guy who probably deeply regrets doing so now.

Jacqueline Ades sent a man with whom she went on one date 159,000 text messages over the course of ten months. The messages included graphic, violent descriptions of what she would do with the man’s body parts.

All in all just not the type of stuff you hear from someone who’s second date material.

According to Ades, she and the man men on a dating site for millionaires called Luxy. The site claims that one-third of its members earn over $500,000 a year and that it is a legitimate dating site, not a place for “Sugar Baby and Sugar Daddy” arrangements.

After the date, the man told Ades that he didn’t want to see or hear from her again. Later, when he saw her parked outside of his house, he called the police. It was after that incident that the threatening texts started.

Eventually, Ades was arrested for a second incident, in which she broke into the man’s house while he was out of the country. She brought her two dogs with her and had begun pretending to live there. The man observed her on a home camera and quickly called the authorities. When the police arrived they found Ades taking a bath and arrested her. According to reports, she seemed genuinely confused as to why she was being arrested. The police also found a large butcher knife in her car.

On another occasion, Ades showed up to the man’s office claiming to be his wife.

Ades is currently being held in the Maricopa County Jail on charges of stalking and criminal trespassing.

Watch: 18 VALID REASONS WHY I CARRY A GUN