GRAPHIC: Survivor of Brutal Trail Attack Shares Her Escape as a Warning 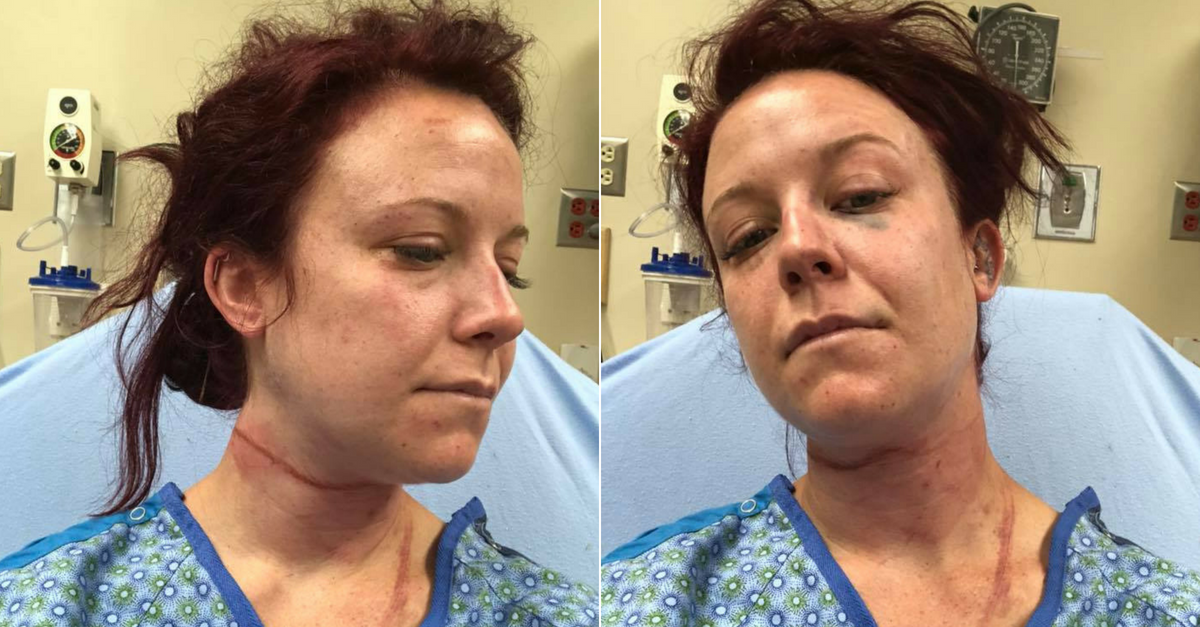 Vanessa Ursini survived a brutal attack on the Platte River Trail in Colorado, and is sharing her story on Facebook to celebrate her survival and to simply say, “It could happen to you.”

If there is one thing I learned when I lived in Colorado, it’s that keeping your wits about you when alone on the trail is key. However, awareness doesn’t always keep you safe. In those instances, you have to fight for your life. Vanessa Ursini of Littleton, Colorado took to Facebook following the most harrowing day of her life to share just how strong her will to live was.

Meant to be used as a warning to human beings, not just women or girls, Ursini’s story details everything that is necessary when you find yourself in a life-or-death situation at the hands of someone else, and it is a must-read. Here’s her story of this tragic incident, in her own words from her Facebook post.

As some of you may have heard I was involved in a horrific incident yesterday morning, so I thought I would take some time to share what happened to me to help create awareness to all of my friends and family.

At about 7:15am Wednesday, I was walking my dog Berreta alone on our regular loop on the Platte River Trail, a short walk from my home. A man passed by me that I had recognized briefly from the day prior when I was walking with Billie. He didn’t make eye contact with me and I got a very strange vibe. Somehow he made it on the other side of the loop, meaning he must’ve cut through the woods somewhere knowing where I was headed. The dog and I passed him and I said excuse me. About 30 seconds later I noticed him very close behind me. I saw he had a rope in his hands and at that point he was too close to try and put any distance between us.

He strangled me from behind and drug me into the woods about 15 feet off the trail where he removed almost all of my clothes. He continued to choke me using his hands, the rope, and with a bandana of some sort. I fought like hell and screamed my brains out, even my sweet dog tried to fight him and bite him as much as she could. He threatened to kill me, I believe to get me to stop screaming. I thought that this could be the end but I was not about to give up fighting for my life. He hog tied me from my neck to my wrists, then to my ankles and told me he was going to let me go but he needed to find his glasses first. He searched for them multiple times and couldn’t find them, I begged him to let me help but he said he couldn’t trust me. I somehow managed to sit up and was able to reach the knot around my ankles and free myself.

I had no choice at that point but to run for my life as fast as I could, unfortunately without my dog. I made it to the bike path almost completely naked screaming for help. I’m so thankful there were people around that ultimately were able to protect me. A man on a bike chased him down and was able to restrain him until police arrived. HE IS IN CUSTODY. He is a registered sex offender and has multiple warrants out for his arrest, the detectives are very confident he won’t be seeing light of day for a very very long time, if not ever. Later I was able to find Berreta, so she is also safe at home.

This was the worst day of my life but I knew I had to fight, it simply wasn’t my time to die. I love you all for all of the support and am feeling better today. I still feel like I got hit by a freight train but I am lucky to be in good hands today with my family and friends. I should be released from the hospital a little later today and would love any and all visitors, just let me know. I am also accepting Noodles and Company Mac n Cheese 🙂

I am putting this post up to remind each and every one of you, please be aware of your surroundings at all times. Even if you have been on your local path, your grocery store parking lot, or anywhere 100 times, danger can exist anywhere. I am lucky to be alive, so please have a plan in place to protect yourself from whatever may be out there. Be safe out there, lots of love from me!

Johnny Dewayne Harris was a convicted sex offender, registered in Texas after a 1999 conviction for the assault of a 15-year-old girl. He was released from his 15-year prison stint in 2014, but he was also charged with sex crimes in January 2016, per the Denver Post. He is in custody with local authorities.

I’ve never met Vanessa, but I am so, so thankful that she survived this terrifying sexual assault. Her story is an excellent reminder to trust your intuition and stay focused even in the worst circumstances. So few headlines nowadays even begin with the phrasing, “survives sexual assault;” without her careful and thoughtful actions in a terrifying moment, this poor woman might not have made it to the roadside.

I don’t know about you, but stories of frightening assaults like these burn in my brain afterwards. The world is so often a wonderful place, but it is equally cruel. These are not isolated incidents as much as we’d like to believe. The one thing you can never, ever lose is your will to survive. Vanessa, your strength means so much, especially in light of the horrifying sights you saw and experienced. Thank you for sharing your story.