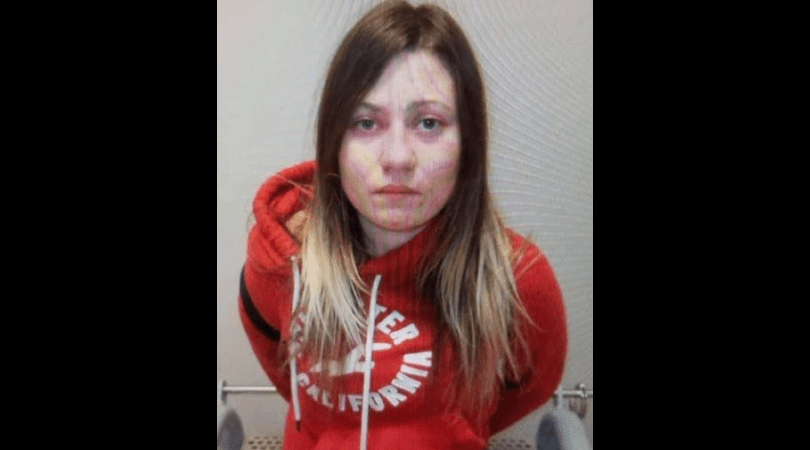 A California woman was arrested for shoplifting around $200 worth of merchandise from a Target in Lathrop, California though what she stole before she left the store is the real story here. According to Lathrop police, Elysia Johnson walked into the Target dressing rooms with a cart full of items, including a six-pack of Stella Artois beer. Johnson then proceeded to camp out in the dressing room for an hour while she downed every last one of the Stellas. From there she left the store with the rest of the stuff she wanted for free.

So, basically, Johnson did a silent power hour in the Target dressing rooms and then, drunk as hell, finally had the courage to try to walk out with the rest of the stuff she wanted. It didn’t work and she was caught immediately by Target security, but at least that hour in the dressing room might’ve been fun?

I, personally, admire Johnson. She doesn’t play by your rules, Target. When she wants a beer, she takes a beer. When she wants ten free t-shirts with retro brand logos on them or a whole bunch of free Joanna Gaines home decor, or whatever the hell she stole, she takes them. Maybe you’re just afraid of strong, fearless women, Target. Did you ever think of that?

If anything Target should be thankful that Johnson settled on beer. Target sells big ass boxes of wine too, and in California they might also even sell liquor. Johnson could’ve gotten real lit if she wanted to. I’m talking “Everything is my toilet, and anything can be used to stab those who disagree” lit.

Drop the charges and reward this woman’s self-restraint, Target.

In the meantime Johnson was arrested and booked into the San Joaquin County Jail on suspicion of shoplifting and also for three other warrants that she had out for her arrest.

This story was originally published March 11, 2019.