While being booked into a Florida jail, one woman allegedly attempted to chew on a bag of methamphetamine that had just been found and removed from her buttocks.

Summer Adamson, 30, was arrested over the weekend after being accused of breaking a car window in Naples, Florida. Police located her inside the car after pulling her over and discovered a syringe and heroin next to her in the vehicle.

RELATED: Two hospitals in Pennsylvania found out just how horrific the heroin epidemic is

While she was being searched at the jail, Adamson reportedly grabbed the baggie of meth that had been in her butt, put it in her mouth and started chewing on it.

She faces multiple charges, including drug possession, smuggling contraband into jail and tampering with evidence. She is currently being held in jail on $22,000 bond.

RELATED: Teacher who brought a plethora of drugs and paraphernalia to school is now in even more trouble 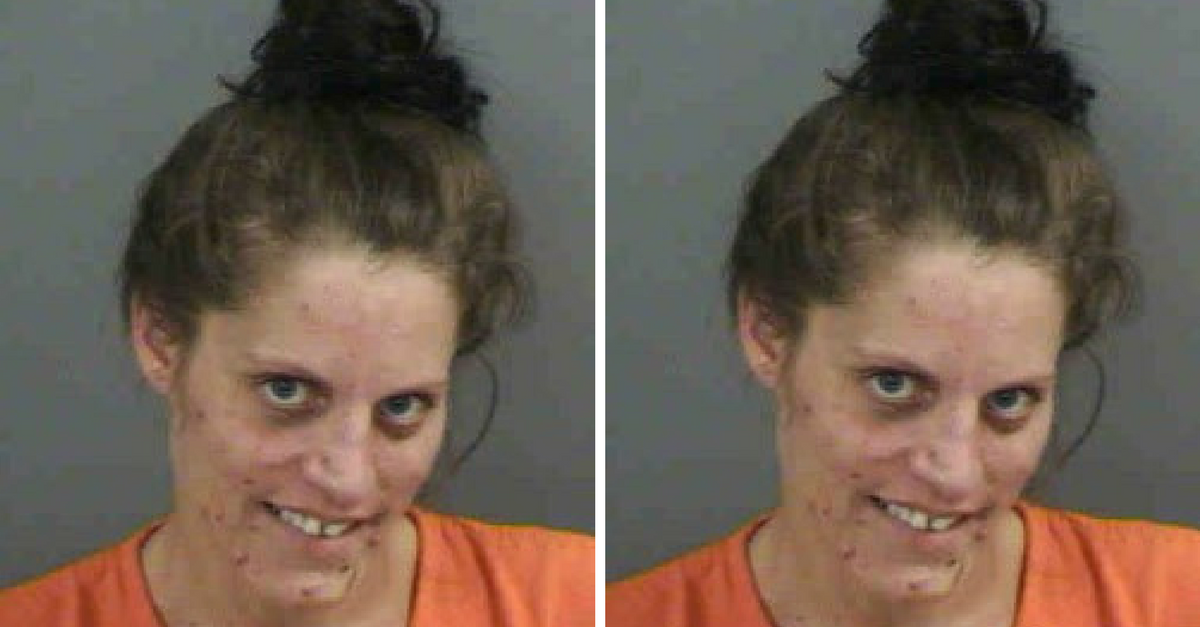