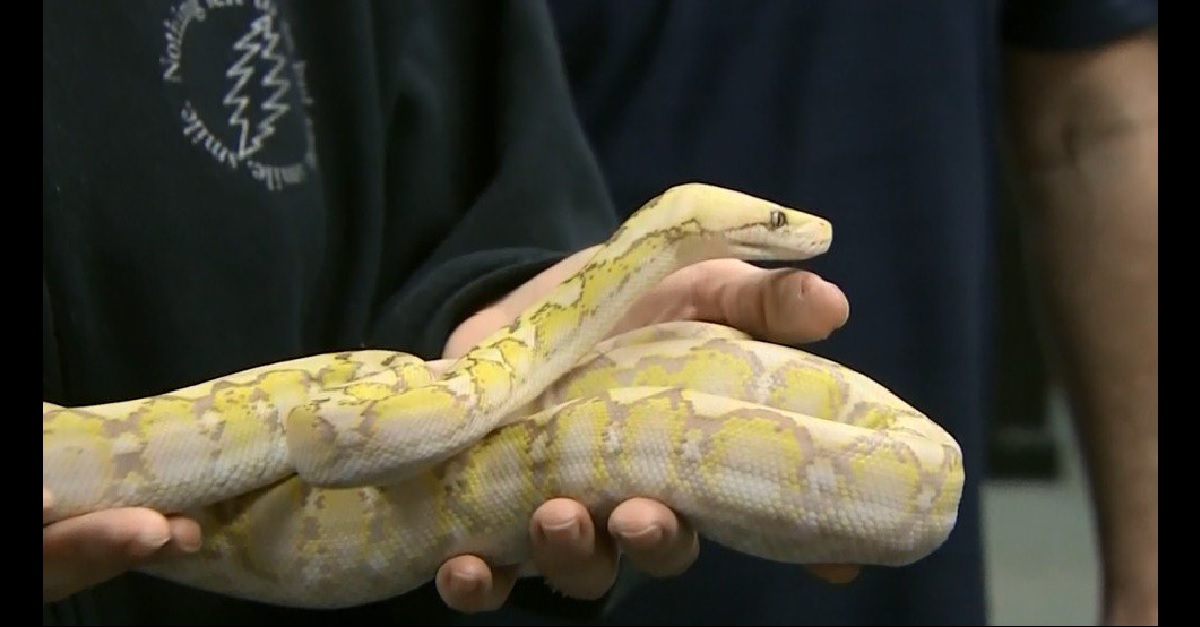 WKRC reports that a woman staying in a Worchester, Massachusetts Marriott Residence Inn found something besides a bible in her bedside dresser: a five-foot python.

As most of us would do, she alerted the front desk, who called Animal Control.

WKRC interviewed Patrick Cherry of the City of Worchester Animal Control, who said removal went sss-moothly. “The lady had some Kit-Kats, but we just put our hands in very slowly and picked it up.” He did not clarify whether the Marriott guest’s Kit-Kats were purchased for this purpose. “You pick [the snake] up by the head and you’re all set.”

RELATED: An Australian snake is kicking his meth addiction the same way as everybody else — with rehab

Richard Wilson at Central Mass Aquatics, where the snake was taken once captured, said he’d been bitten by the python, but he wasn’t worried. “He was a little restless when he got here […] I knew he wasn’t a venomous snake so it didn’t scare me all that much.”

Besides that bite, no one was hurt.