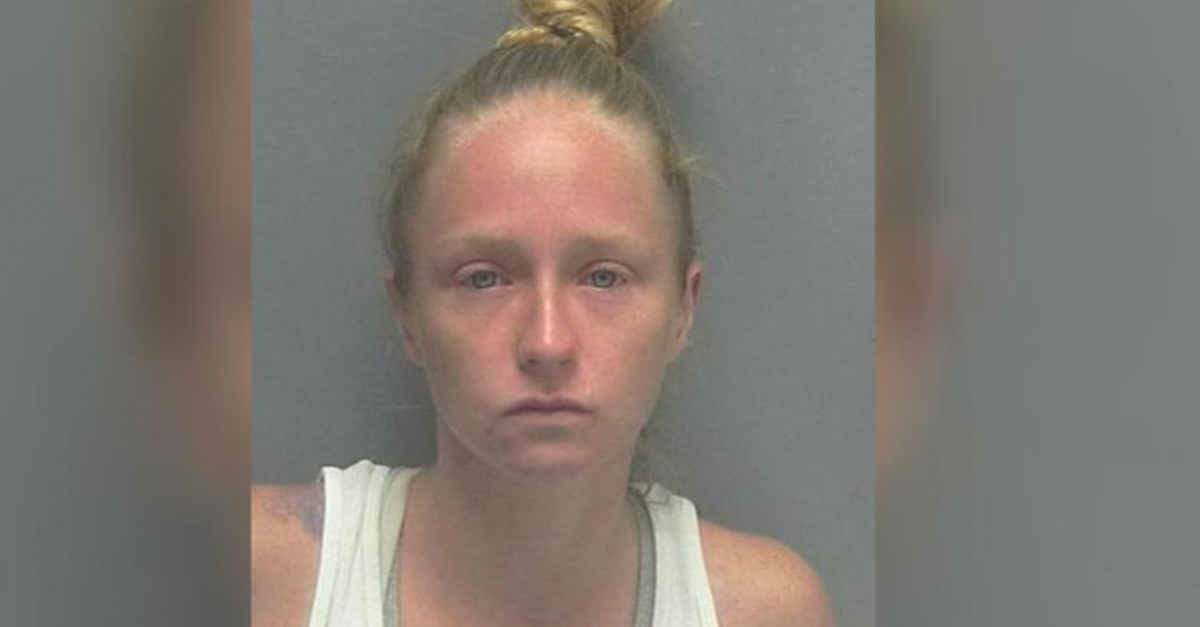 Florida Highway Patrol troopers arrested a woman Sunday in Fort Myers, Fla., after she crashed into a witness who called 911 to report her reckless driving.

FHP troopers said a female witness called to report that Sharp was driving erratically on the road around 2 p.m.

RELATED: North Carolina man tells 911 he thinks he stabbed his wife to death during a dream

One clip shows Sharp?s vehicle barely miss others as it crashed into a bridge wall on the highway.

According to News-Press, the witnesses said that they pulled their car in front of Sharp when Sharp made a complete stop in the center lane. Sharp then drove her car into the back of the witness?s vehicle, News-Press reports.

Officials took Sharp to the hospital for minor injuries. She remains at the Lee County Jail with no bond set.

Jail records show that Sharp was arrested twice this year on charges of larceny and dealing in stolen property, according to News-Press.