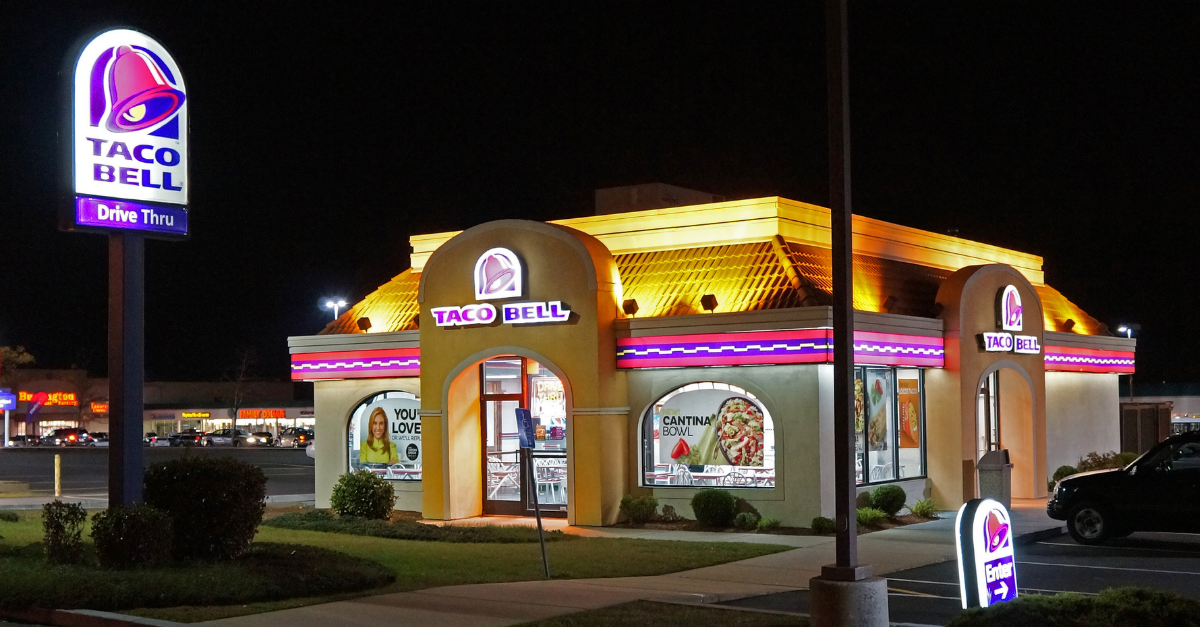 A Pennsylvania woman made a mess of her car interior in a Taco Bell parking lot the magnitude of which is typically reserved for a drunk guy eating Chalupas out of his lap at two in the morning. Unlike the Chalupa inhaling degenerate, however, the woman’s mess (quite literally) moved our species forward instead of setting the human race back a few years.

She had a baby. In her car. In a Taco Bell parking lot. Kelsey Sturm was on her way to the hospital after waking up with contractions, but she couldn’t make it. So she pulled into the nearest parking lot, in this instance America’s actual favorite Mexican restaurant, and called 911.

The 911 operator instructed Kelsey to find something to tie the baby’s cord with, so she grabbed a piece of ribbon that was laying around. Fortunately for Kelsey, the birth was not a protracted one. Her newborn baby girl came out in one push.

“I think that we at least deserve some nachos out of this because that happened,” Sturm said.

She’s not wrong. Not only would it be a great PR move by Taco Bell to give Strum free food for life, but she also just does deserve some free Taco Bell for her efforts. Giving birth inside of a hospital seems like a frightening prospect. Giving birth anywhere else would basically feel like having a baby in a log cabin in 1842.