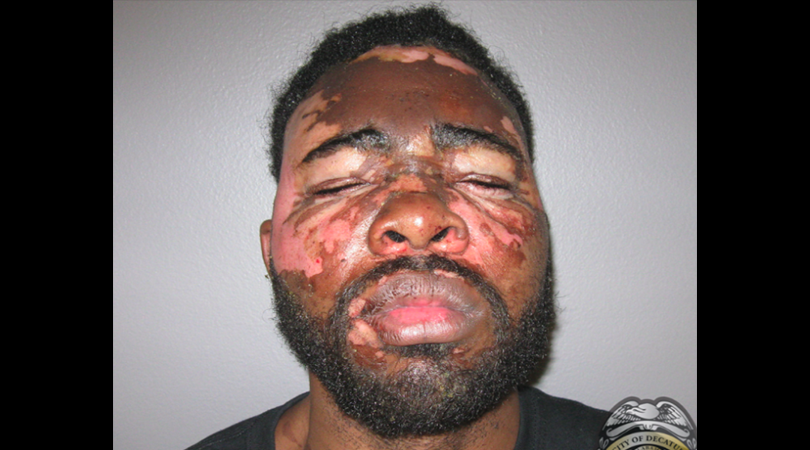 Have you ever been burned by hot grease? I’m not talking about a few cute little pops from the bacon you’re cooking. I mean really burned. By a big splash of grease. The type of burn where you can tell your body was legitimately being cooked.

If you’ve worked in a restaurant with a deep fryer and/or a flat iron grill you probably really know what it feels like to be burned by hot grease. It’s agony. It sticks to your skin and bubbles through it. It paralyzes your ability to think as it starts turning you into human chicharrones. I’ve gotten a huge splash on my hand and a solid money shot to my face before. Both were awful experiences. 0 out of 10 I do not recommend.

But you know what? If you’re robbing a woman at gunpoint you probably deserve that pain. Screw you, buddy. And that’s exactly what happened to would-be robber Larondrick Macklin, whose robbery attempt ended about as poorly as it could’ve. The woman he was attempting to rob at gunpoint threw a pot full of hot grease in his face and, if the photo at the top of this post is any indiciation, it hurt him a lot.

I’m going to obligatorily post one of the greatest scenes in film history now. It’s relevant.

Macklin, who had previously been charged with burglary and domestic violence, was taken to the hospital to have his melted face treated. He was then booked into the Morgan County Jail. His bond has been set at $300,000. Hopefully, they’re giving him some aloe in there.