Woman Impaled by a Flyaway Beach Umbrella on the Jersey Shore 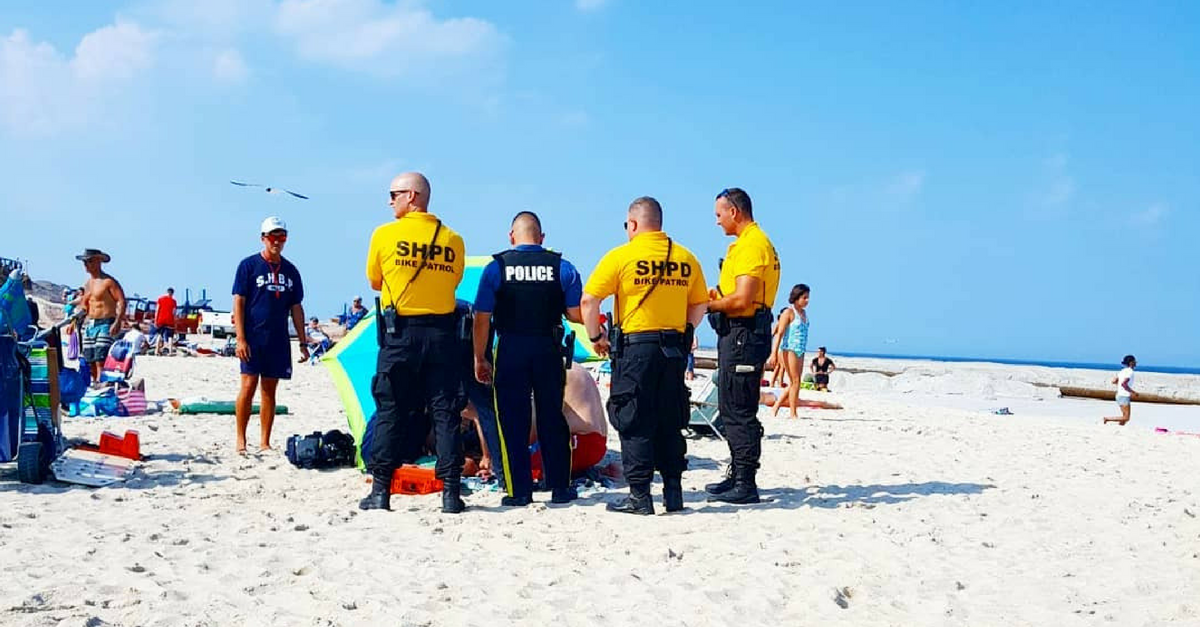 Every beach trip of my youth was spent with my dad digging in the sand for a whole 15 minutes before letting us run down to the ocean. And what was my dear ol’ dad doing? He was securing our rainbow-striped beach umbrella using an intricate system of bungee cords and zip ties. “You don’t want to chase after it, do you,” he’d say to us kids as we complained while waiting on the hot sand. And inevitably, someone’s umbrella would go flying down the stretch of beach in Ocean City, Maryland. My dad would look up from his boogie board (yeah, he’s a boogie-boarding kind of dad) and say, “And that’s why it took so long to do it right.”

I myself have sprinted down beaches running after rogue umbrellas on beach trips without him, but never in my life did I think I would write the headline: A Woman Was Impaled by a Flyaway Beach Umbrella. Unfortunately that’s what happened to a London woman vacationing on a New Jersey beach (Seaside Heights, no less). ABC 11 reported that 67-year-old Margaret Reynolds was found with an aluminum umbrella pole that went clean through her right ankle from the force of the wind.

It wasn’t just the pole either, it was the entire aluminum umbrella stretcher, also known as the frame. You know, the thing that expands when you open up your umbrella. She told NJ.com, through a statement released to NJ Advance Media that,”It was a beautiful day and a gust of wind blew the umbrella. It was just an accident.”

Reynolds is just fine, and she’s grateful for every beachgoer that ran to her aid. Emergency responders and fire crews to the beach acted quickly and professionally, cutting off the umbrella at the base with a pair of bolt cutters.

Bruuuuh holy shit! This lady had an umbrella go through her leg 5 feet away from me! There was a strong gust of wind, there were a couple umbrellas flying. One of the corners of a random one went THROUGH HER FUCKING LEG! That could have been me!

She was transported to the Jersey Shore University Medical Center and remains in good condition. Apparently, word traveled all the way across the pond and the British tourist made headlines overseas, too.

I’ve heard a lot of stories from the Jersey Shore, but never one that led with ‘beach umbrella on Jersey Shore impales 67-year-old woman.’ From now on, I’ll be making sure my beach umbrella is definitely in the sand. You don’t want someone’s ankle blood on your hands, y’all! One good strong gust of wind and a freak accident could happen. Just another wild Monday afternoon at the Jersey Shore, I guess.