Woman Arrested for Burglary Flips Off Camera in Mugshot 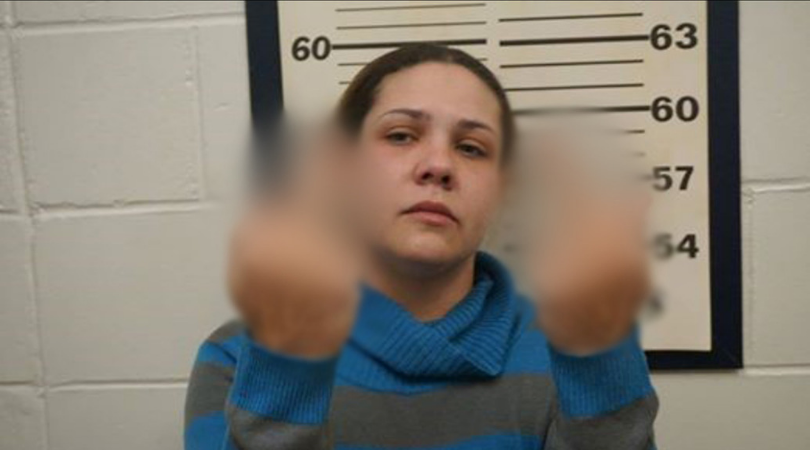 You’ve just been arrested for burglary. The day isn’t going great. Hell, life probably isn’t going great, what with the burgling and all. So, of course, that “f*ck it” feeling is going to come over you once the cops have you in the station and are ready to take your mugshot. You’re screwed, so screw them. The next thing you know you’re flipping off the camera.

But here’s the thing… you still have a trial. Your ordeal is not over. The whole “can and will be used against you in a court of law” is definitely still in play when you’re getting your picture taken at the station. It’s a lot harder to get the judge to believe you’re remorseful for your crimes when you’re telling the city authorities to go f*ck themselves.

But who knows? Shana Hilsman, of Old Bridge, New Jersey, who has been charged in connection with several car robberies, did what she did and now she’s a mugshot legend. It might get her some extra probation or jail time for her charges of burglary, criminal trespassing, and possession of burglary tools, but isn’t that worth a great story? (Probably not. There are limits to that rule.)