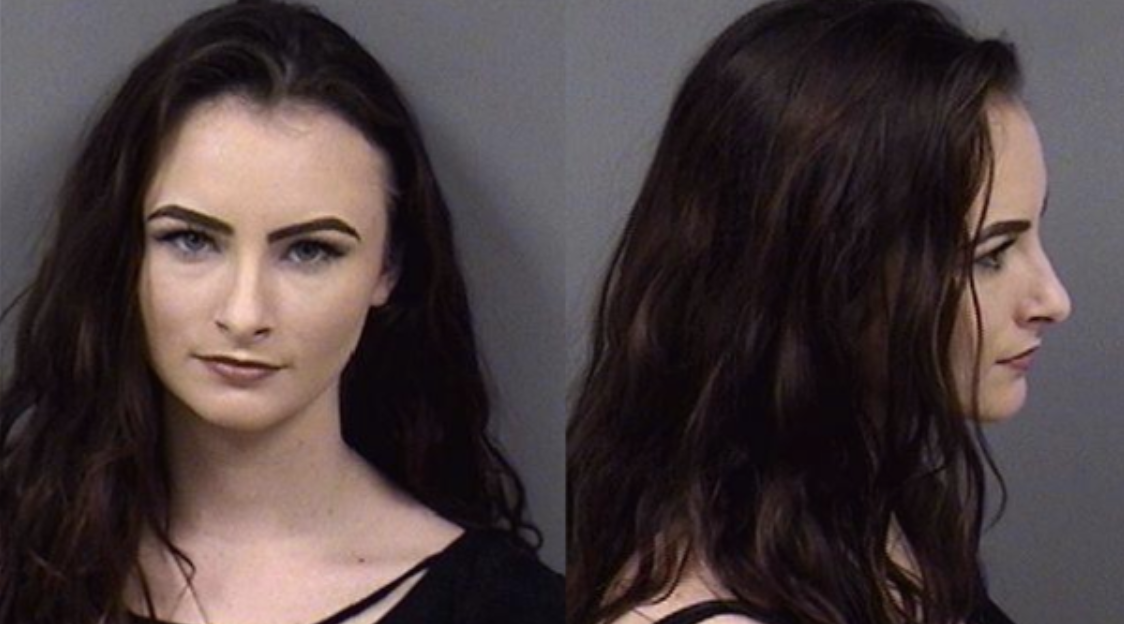 A Florida woman became furious during an argument with her boyfriend and in a fit of rage grabbed his testicles, ultimately squeezing them until they were bleeding. 21-year-old Katie Lee Pritchard of Indian Harbour Beach was arrested on June 4th after police were called by her boyfriend to the home she and him share, presumably as he wept and clutched his destroyed, leaking testicles. After police arrived they also reported that the man’s face was bruised and bloodied.

According to the man, Pritchard attacked him in the middle of the night as he was sleeping. He awoke to her squeezing the actual life out of his scrotum. She also hit him with a brush, scratched him, and strangled him to the point that he couldn’t breathe. The man told police he never hit back but did try to block her blows, and ultimately was able to get her off of him long enough to call the police.

Pritchard claims her boyfriend became jealous about her wanting to go on a date with another guy and then the fight escalated from verbal to… testicular decimation?

This has got to be the end of that relationship. Not only was this domestic abuse, but it was also a violent surprise attack on one of the few parts of his body the man can’t get back. If she exploded those balls they’re gone. Full stop. Any domestic incident is worthy of ending any relationship, but at least bruises heal. Testicles don’t un-explode.

This is some pretty stunning craziness. Imagine waking up and finding your girlfriend of three years, whom you presumably love, wild-eyed and trying to rip off your nutsack. You’d be forgiven if your first thought is that zombies are real and that somehow she became one. Your second thought would have to be, “Oh God she finally followed through and tried PCP.”

This guy needs to start a GoFundMe for his balls and a new place to live.

This article was originally published on June 11, 2019.

Watch: Store Owner Has to Tell People to Stop Warming Up Pee in His Microwave