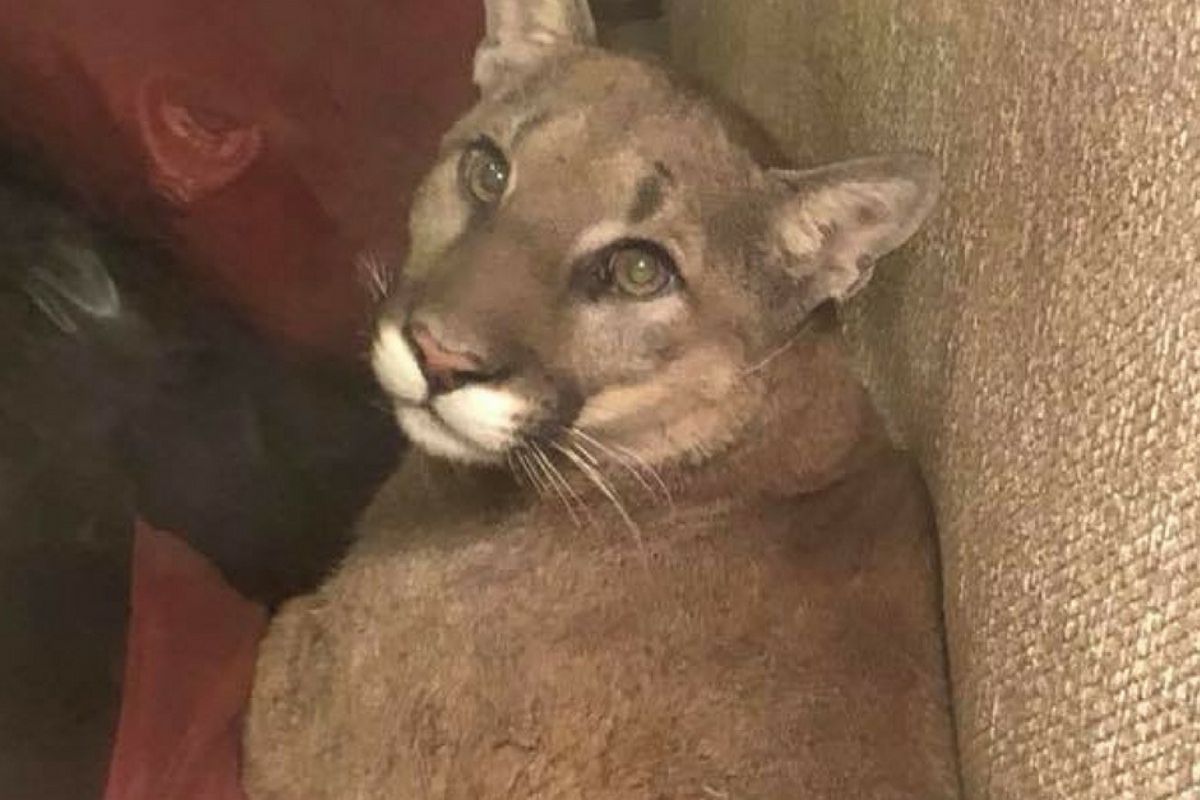 Picture this, you just went to the movies, you?re on your way home, you open the door, turn on the light, and BOOM?.you see a gigantic mountain lion taking a nap behind your couch. Yes, you read that right, a freaking mountain lion!

Lauren Taylor, an Oregon woman, shared a post on Facebook describing the surprising encounter she experienced earlier this month. Through the post she explains how when she entered the door, she saw a mountain lion taking a nap very calmly. When she tried to get close to it, the lion got startled but was able to calm down once Taylor ?lovingly blinked hard? at it, reassuring it everything was okay. The lion apparently was drinking from her home?s large pond, and entered the room after the back door was open. Taylor added the mountain lion became frightened after someone yelled, trying to escape through a closed-door, but ultimately failing and going back to sleep.

Wait, it gets better, folks.

As the time passed, Taylor knew the mountain lion would have to leave her home, which she decided to make things easier for it by using ?telepathy?.  Through her post, she writes,

“I sent telepathic pictures of the routes out of the house via open doors and the route out the backyard, across the creek, through an open field, and back up into the hills. We got guidance that the way to rouse her and get her to leave her safe spot behind the sofa without panicking was through drumming.”

In one of the videos you can actually hear drumming in the background, seeing how the mountain lion cautiously makes its way out of the home. While some might doubt Taylor’s version of events, her videos and photos sure seem to speak for themselves.

Her Facebook post shocked several individuals and has been shared over 14,000 times. What do you think? Can mountain lions understand telepathy?

Editors Note: This article was originally published on June 23, 2018.

Read More: Mountain lions should be free ? but this one spent nearly 20 years chained to a circus truck