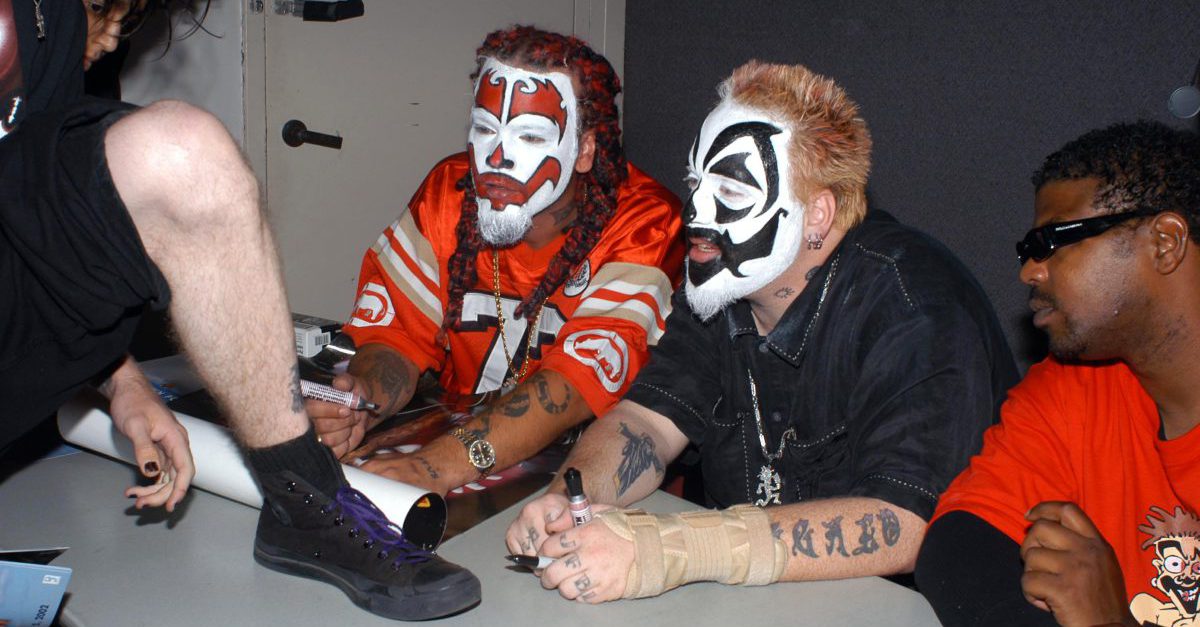 As Donald Trump gets comfortable in the White House, a number of groups have marched on Washington to protest or prove a point. You can now count fans of Psycopathic Records group Insane Clown Posse (ICP), known for spraying each other with Faygo and wearing face paint, among them.

RELATED: A gang member involved in a deadly car wash shootout has learned his fate

They’ve organized the world’s first known Juggalo March on Saturday, Sept. 16, 2017. After marching, fans will be treated to a free concert at Jiffy Lube Live, a venue in Virginia. Insane Clown Posse has positively confirmed 2 Live Crew and Vanilla Ice for the show. But it’s no party: the group is quite clear that they want to be taken seriously. On their FAQ page, they write:

“To be sure, this is NOT a party, Gathering of the Juggalos, or a frivolous social event. This march is a serious, peaceful public demonstration, organized for one purpose.”

The fans, who call themselves “Juggalos” and identify as members of a “family,” say they have been mistreated and misclassified for too long. A 2012 report from FBI’s National Gang Intelligence Center classified fans of Insane Clown Posse as a gang. While ICP members Shaggy 2 Dope and Violent J brought a civil suit against the FBI to contest that, the suit was thrown out.

“We have tried to use the American judicial system to achieve justice, and we failed. So on Saturday, September 16, 2017, we are taking out [sic] fight to the streets. Literally.” the site says.

“That is the day we rise up.

That is the day we unite to clear our name.

That is the day we march.