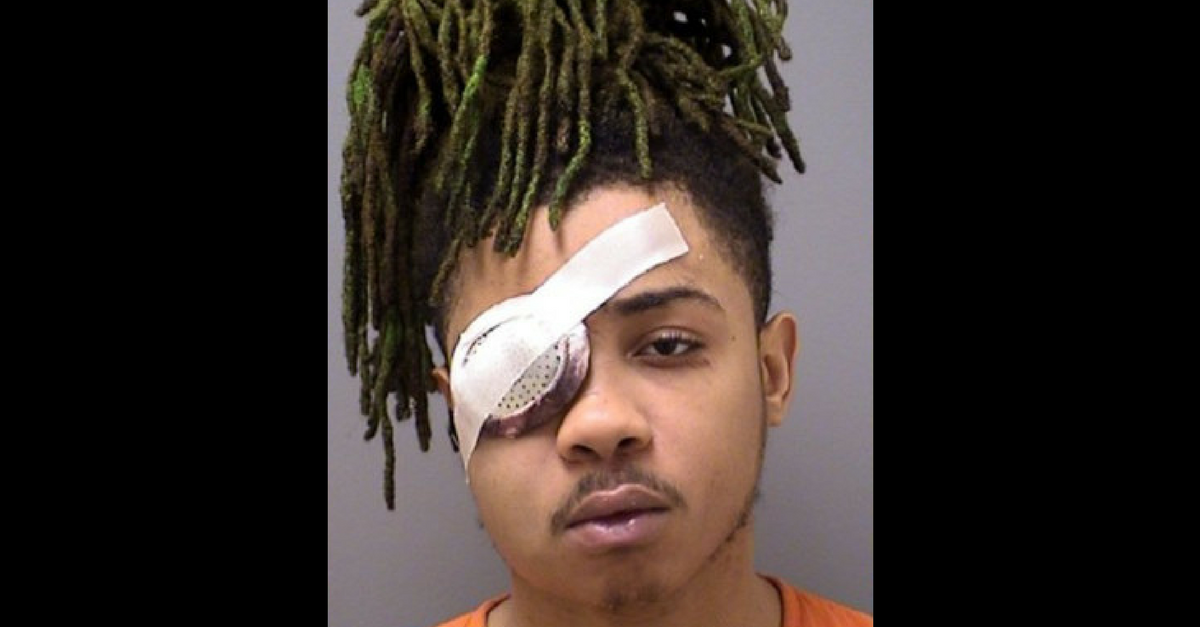 A Georgia family is safe and sound after patriarch Pastor Keith Beck fended off a home intruder with one gun shot ? all while his children were sleeping.

Beck woke up to the sound of glass shattering one night last week, grabbed his gun and proceeded to investigate for the source of the noise. He eventually found 19-year-old Donavan Simmons attempting to break into the basement of the family’s home. He quickly fired a shot at the suspect and hit him directly in the head without even waking up his two youngest daughters.

RELATED: Cops have nabbed the bank-robbing bachelorette with several suspected heists under her belt

Deputies responded to the incident to find Simmons “lying in the backyard of the residence with a gunshot wound to the head,” and he was later taken to a nearby hospital. Meanwhile, Beck’s wife and eldest daughter had gone over to a neighbor’s home for help. Luckily, no one other than the suspect was injured.

“The homeowner advised that the suspect was making entry into the basement area of his home when he shot in the general direction of the suspect,” Cherokee sheriff?s office spokeswoman Marianne Kelley said.

Simmons, who was released from the hospital the following day, was charged with burglary, making terroristic threats and possession of a Schedule IV drug with intent to distribute. His bond was set to $16,000. Police have additionally decided not to charge Beck in the shooting, as he was simply protecting his home and family.

“Come to the door and she was screaming, ‘Invader in the house!’ and her two kids were still in there asleep,” neighbor Bill Kennedy recalled Beck’s wife arriving at his home pleading for help. “I think he did the right thing, protect his family.”

RELATED: Couple recorded assaulting a restaurant owner and her young daughter have had their day in court