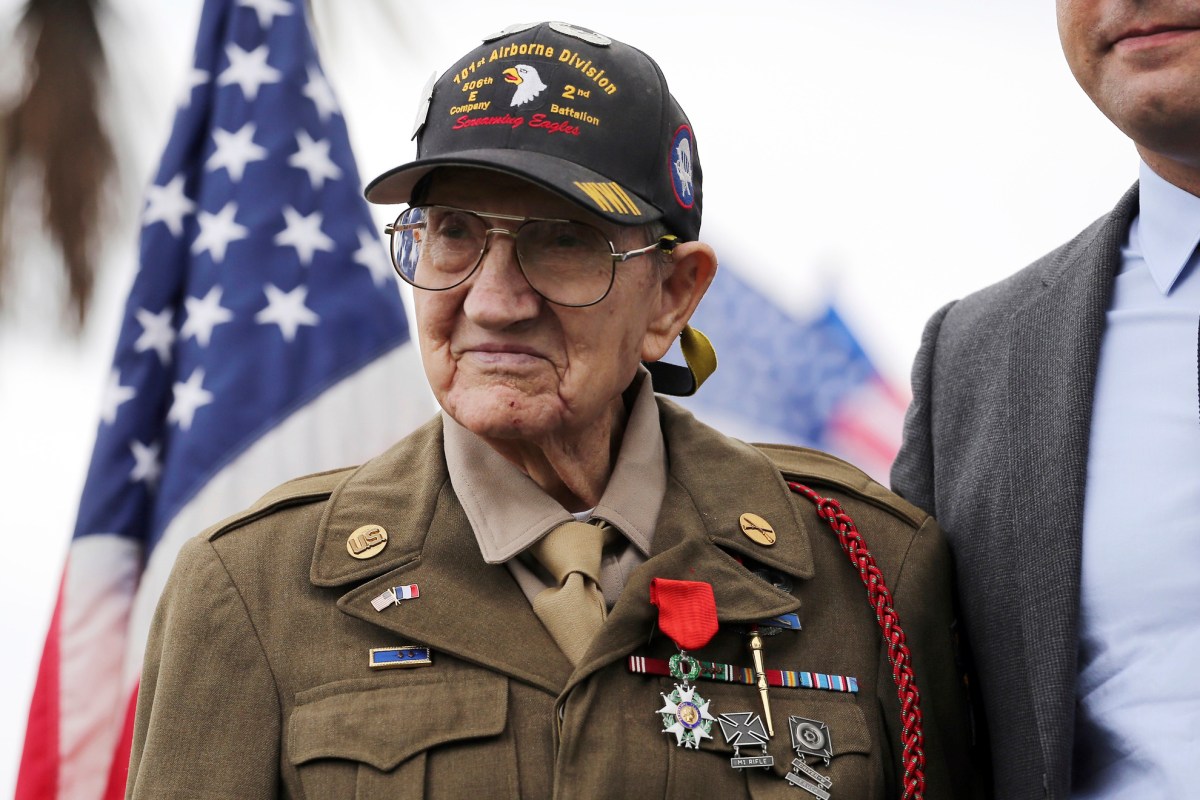 World War II veteran Henry Ochsner, who landed on the beach at Normandy on D-Day and later received the French government’s highest honor for his service, has died. He was 96.

As part of the U.S. Army’s 101st Airborne Division — known as the “Screaming Eagles” — Ochsner also fought at the Battle of the Bulge.

In 2017 Ochsner and nine other veterans were awarded France’s National Order of the Legion of Honor during a ceremony at Los Angeles National Cemetery.

Ochsner married Violet Jenson in 1947. He is survived by his wife, their four daughters and two granddaughters. Funeral plans are pending.

Watch: A Conversation That Definitely Did Not Happen on Omaha Beach