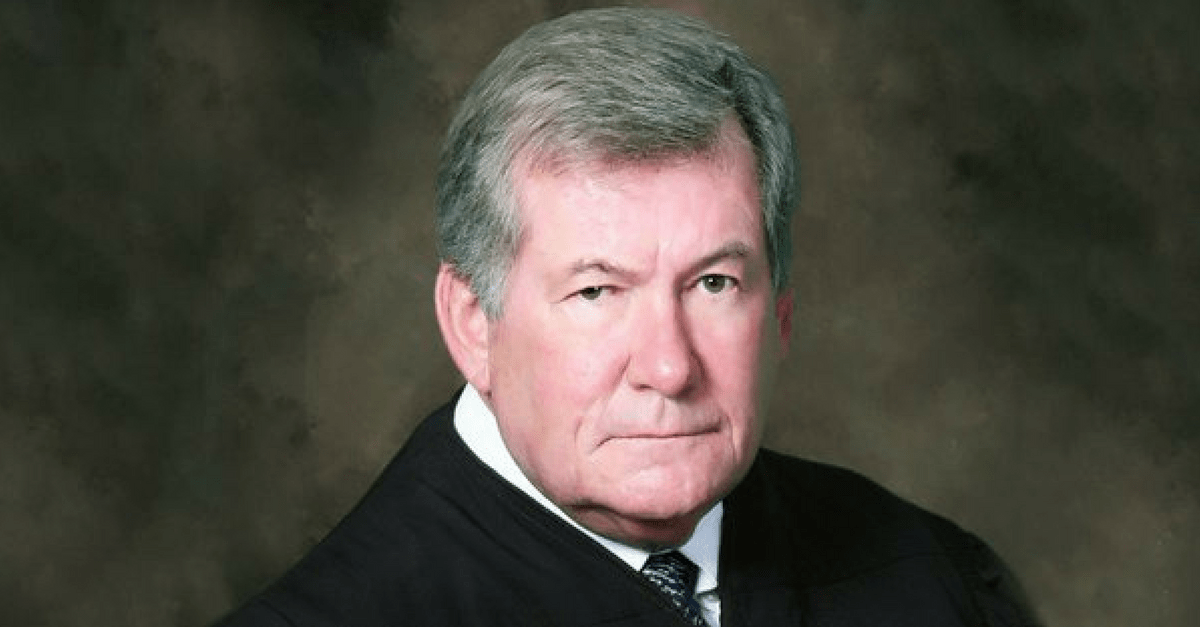 Kaneitra Johnson was sharing a seat at the crowded restaurant with a Lyft driver when Erwin allegedly made an extremely racist comment towards the pair.

“I?m halfway on the seat and the Lyft driver is on the other half of the seat,” Johnson told the Rouge Collection. “Then he asked for his jacket. All of a sudden I hear this older man behind me tell the Lyft driver, ‘you never give up your seat for a n—-r.'”

Reportedly, Erwin, a 67-year-old white man, continued his rant, telling the Lyft driver that he “should have made her get her fat n—– a– up.”

The East Baton Rouge Sheriff’s Office investigated the incident, but was unable to confirm that the judge used such vulgar language.

“There was a disagreement between patrons, but no arrests or criminal charges or anything,” Public Information Director Casey Rayborn Hicks said.

Sammy’s Grill, however, decided not to tolerate Erwin’s racist behavior and has since banned him from eating there again.

“This type of behavior by one so entrusted is unacceptable and will not be tolerated,” the NAACP said in a statement in response. “We are calling upon the Chief Judge of the 19th JDC and the State Judicial Commission to launch a full, fair and complete investigation. If these allegations are held to be true, we are demanding that Judge Erwin be removed from the bench and a close scrutiny of all his cases involving people of color be had where his sole discretion was at hand. In the absence of justice, there shall be no peace.”

Louisiana judge Mike Erwin was banned from a local restaurant for saying "never give up you seat to a n**gger"https://t.co/87vhXA4fio

RELATED: This singer is going after American Airlines and accusing them of ?racial discrimination?