A man going through customs at John F. Kennedy International Airport in New York City after returning to the United States from the Dominican Republic was arrested after authorities noticed that he was “bursting out of his pants” and found 10 pounds of cocaine inside them.

According to U.S. Customs and Border Protection officials, 28-year-old Juan Carlos Galan Luperon seemed nervous, and his pants “appeared to be rather snug” Saturday, prompting authorities to search him a little more closely. He was taken to a private search room, where investigators found several packages of the drug taped around both of his legs.

A test confirmed that the contents of the packages were, in fact, cocaine and were estimated to have a street value of more than $164,000. Luperon, who is a United States citizen, is now facing federal narcotics smuggling charges and will be prosecuted in the Eastern District Court of New York.

RELATED: Construction crews have discovered something as old as Benjamin Franklin in the City of Brotherly Love 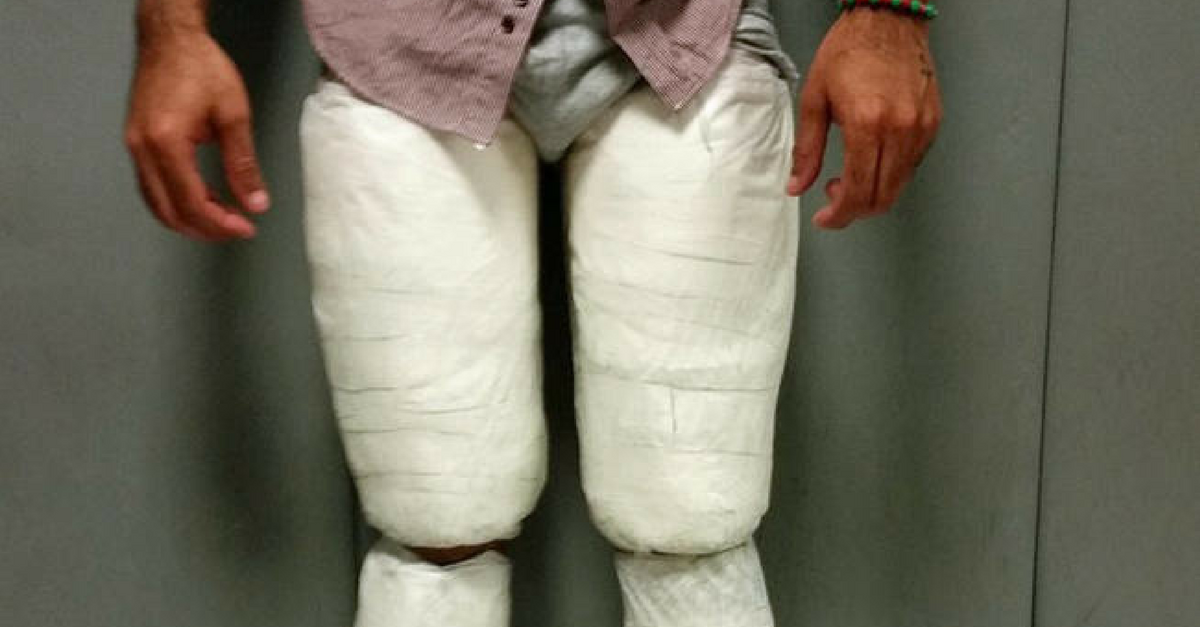