After a tense 14-hour standoff, police in Lansing Township, Michigan, stormed into a house where they believed that a suspect was holed up – except no one was there.

The suspect, whose name has not been released, is accused of attacking a neighbor with a shovel Thursday night and has a felony warrant out for his arrest. Police used a number of tactics to get the suspect to leave the house before they entered, including smoke and a loudspeaker, according to The Detroit Free-Press.

RELATED: After an all-night standoff, police have nabbed a man suspected of killing a woman and her two college-aged daughters

On the scene of a 12-hour standoff in Lansing TWP @LSJNews pic.twitter.com/jNlUzIubkr

For several hours, the tactical team was parked outside with a battering ram, awaiting the call to enter the house. When they finally entered the house around noon Friday, they discovered that their suspect wasn’t present, and there were no weapons in the house. Police negotiators talked to the man as recently as Friday morning, though he eventually stopped answering their calls.

Police are still searching for the 47-year-old suspect, who they say is 6 feet 2 inches tall and weighs approximately 200 pounds. He has brown hair and brown eyes and was last seen wearing jean shorts and a black t-shirt. 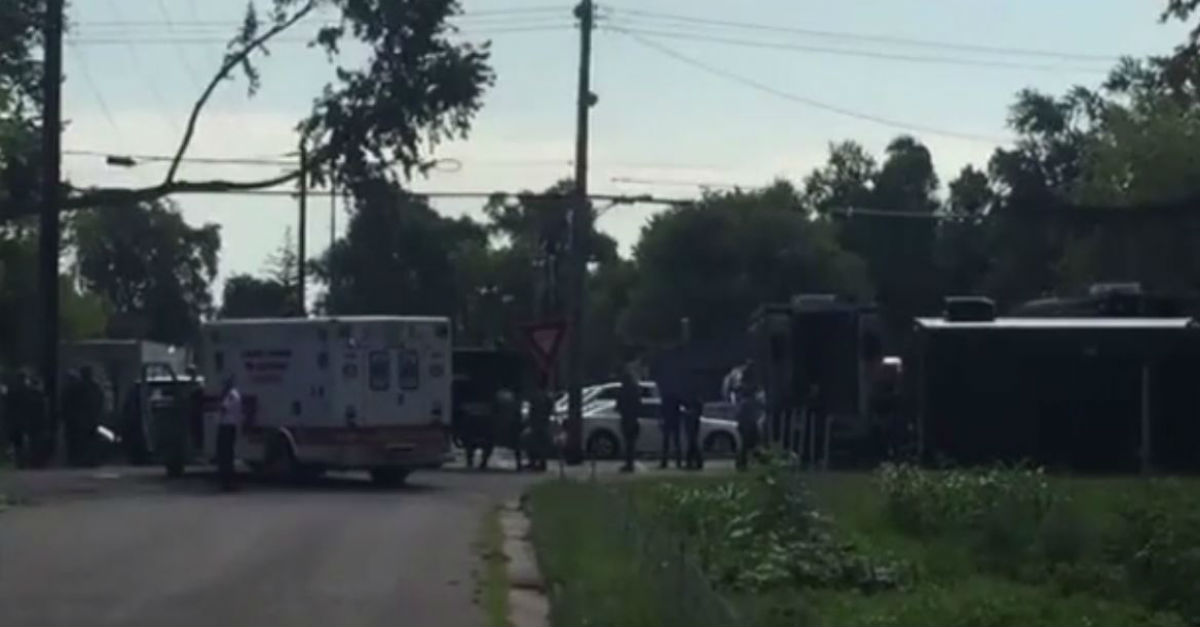