A disabled Navy veteran has a new ride a week after authorities said he was beaten by three men he confronted as they were torturing a turtle in Daytona Beach.

Daytona Beach Kia-Mitsubishi gave Garry Blough, 45, keys to a 2012 Kia Forte after the incident was brought to their attention by another veteran, former Marine Paula Mongeon.

“I just knew they would help this guy, I just knew it,” Mongeon told The Daytona Beach News-Journal.

Disabled vet who police say was attacked while trying to protect a turtle 3 ppl were torturing was given a new car yesterday at Daytona Kia pic.twitter.com/kCdLJGVBd0

Blough called the vehicle a “godsend,” explaining that his family, which includes his wife Jennifer and 1-year-old daughter, didn’t have a vehicle. That meant routine appointments at the doctor or going shopping for groceries could take hours as the couple loaded his wheelchair and the baby’s stroller onto buses.

“There were only so many bags you could carry,” said Blough, who was injured in 1991 during the Persian Gulf War. He is unable to work and suffers from daily seizures.

Last week, Jennifer Blough and her daughter were outside their apartment when they saw three men torturing a fresh water turtle in a pond. She told her husband, who confronted the men.

An arrest report states that the men punched Blough, and when he crumpled to the ground, they kicked his torso, face, head and legs. The beating badly injured his right eye. He was taken by ambulance to a hospital and was discharged early the next morning. Because he had no way home, he walked — using a walker — 1.7 miles to his apartment.

Daytona Beach PD say 3 men beat a disabled navy veteran who tried to stop them from torturing and killing a turtle pic.twitter.com/PrXJtcrp6w

Meantime, Mongeon heard about the attack and talked to sales manager Todd Flis at the dealership.

When the Bloughs arrived at the dealership Wednesday, their car was parked inside the showroom and employees were shining it up. Dealership owner Richard Nisbett led them to the vehicle.

Nisbett choked up when he met the family. “When we read the story, our heart went out,” he said.

Blough was shaking and tears rolled down his face as his wife helped him into the passenger seat. They couldn’t take the car right away, however, because Blough needed a driver’s license. They family returned to the dealership later that day to take the car home. 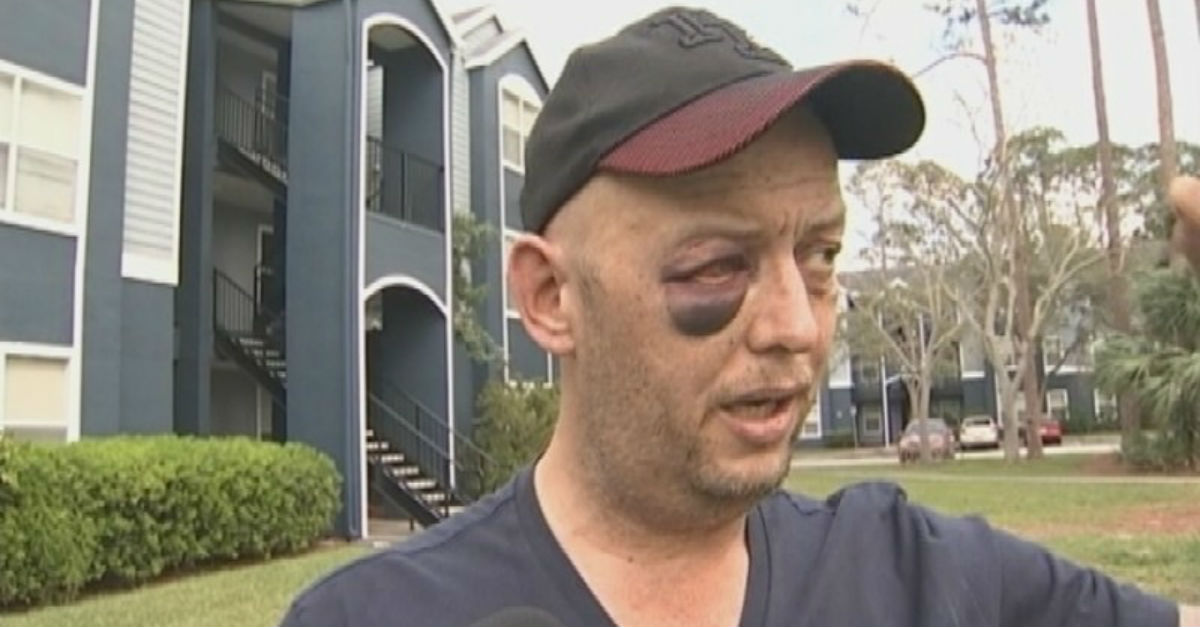