San Francisco 49ers quarterback Colin Kaepernick made headlines when he elected to sit during the National Anthem on Friday on the sidelines of a preseason game. In an interview following Sunday practice, Kaepernick said that he respected the sacrifices made for him to take a stand.

I mean, you have Hillary [Clinton] who’s called black teens or black kids super-predators. You have Donald Trump who’s openly racist. I mean, we have a presidential candidate who’s deleted emails and done things illegally and is a presidential candidate. That doesn’t make sense to me, because if that was any other person, you’d be in prison. So what is this country really standing for?

When asked about Kaepernick, Trump said that the player “should find a country that works better for him,” as reported by Buzzfeed.

On Monday he told The Dori Monson Show “I have followed it and I think it’s personally not a good thing. I think it’s a terrible thing, and you know, maybe he should find a country that works better for him, let him try, it’s not gonna happen,” 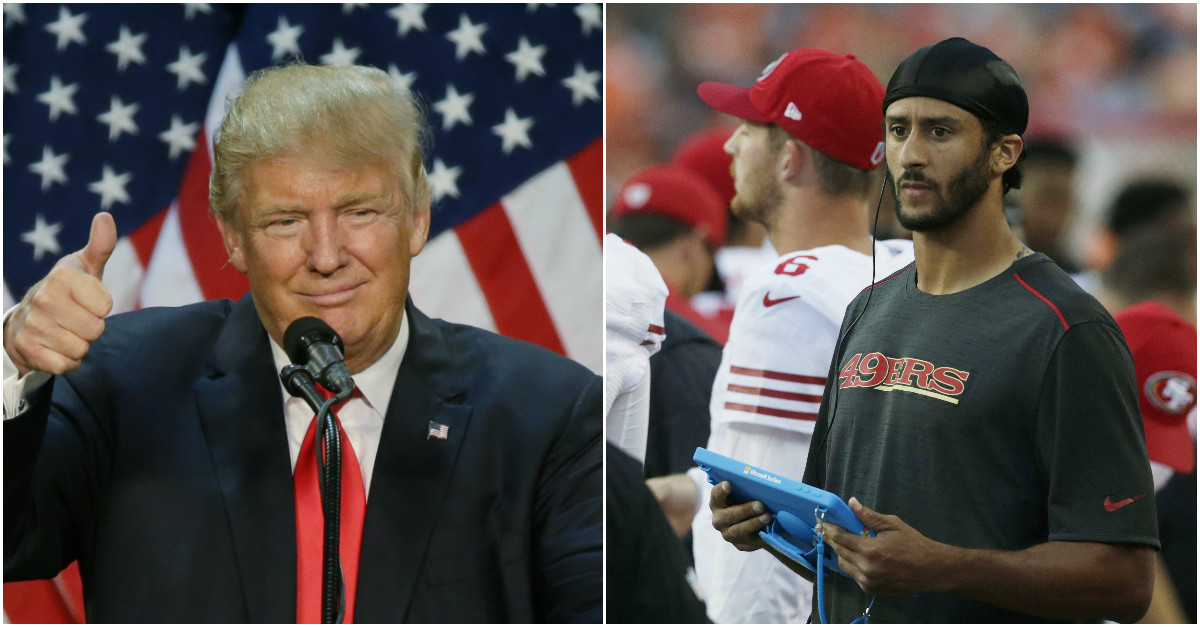