Menu
Follow us
Search
Menu
Search
ABERDEEN, SCOTLAND - JUNE 25: Presumptive Republican nominee for US president Donald Trump, and his granddaughter Kai visit Trump International Golf Links on June 25, 2016 in Aberdeen, Scotland. The US presidential hopeful was in Scotland for the reopening of the refurbished Open venue golf resort Trump Turnberry which has undergone an eight month refurbishment as part of an investment thought to be worth in the region of two hundred million pounds. (Photo by Jeff J Mitchell/Getty Images)

WEST PALM BEACH, Fla. (AP) — For the past three weekends, President Donald Trump has flown on Air Force One to his private Florida club, where in addition to work, he has dined with family and friends, attended parties — and played plenty of golf.

Not that long ago, Trump took issue with former President Barack Obama for doing much the same.

In May, Trump wrote on Twitter that “While our wonderful president was out playing golf all day, the TSA is falling apart, just like our government!”

On Sunday, Trump spent the morning at Trump International Golf Club, where the White House said he played a few holes of golf, but would not disclose with whom. The next day a photo emerged on social media that showed Trump with professional golfer Rory McIlroy. McIlroy told golf website nolayingup.com that he played 18 holes with Trump.

Asked if Trump played a full round with McIlroy, White House spokeswoman Sarah Huckabee Sanders said, “He intended to play a few holes and decided to play longer.”

During his holiday weekend in Florida, Trump and his wife Melania Trump also stopped by a benefit Saturday night at Mar-a-Lago, hosted by the Dana Farber Cancer Institute. He did not list the event on his public schedule, but staff confirmed his attendance after it was reported in a local newspaper.

For years on Twitter, Trump railed against Obama for taking vacations and playing golf. As a candidate, Trump said if he won he’d probably be too busy to golf and would only play with people with whom he was looking to make deals.

On Twitter in August 2014, Trump said Obama’s motto was “If I don’t go on tax payer funded vacations & constantly fundraise then the terrorists win.”

When Trump hosted Japanese Prime Minister Shinzo Abe this month, the two played at another Trump course, in Jupiter, Florida.

Obama was an avid golfer, though he did not play during his first few months in office, according to Mark Knoller of CBS News, who tracked his golf outings. He also took regular family trips to Martha’s Vineyard and Hawaii, but did not have private vacation homes where he routinely spent weekends.

Trump also turned to serious business over the weekend. He brought four contenders for national security adviser to his private club Mar-a-Lago club in Florida on Sunday as he seeks a replacement for retired Gen. Michael Flynn, who was ousted last week. Trump says he wants to make a decision in the next few days.

Sanders said Trump may interview more candidates. She also said candidates have been assured that “they can bring on their own team” to the position.

The president also drilled down on policy during his working weekend at Mar-a-Lago, attending a strategy session on how to repeal and replace Obama’s health care law.

Meanwhile, Trump caused a stir in Sweden with a remark he made during a rally in Florida on Saturday. At that time the president said “look what’s happening last night in Sweden” as he alluded to past terrorist attacks in Europe. It wasn’t clear what he was referring to and Sweden was not rocked by any terrorist attack Friday night.

Trump subsequently said he was talking about something he saw on television, tweeting: “My statement as to what’s happening in Sweden was in reference to a story that was broadcast on @FoxNews concerning immigrants & Sweden.”

On Monday, Trump continued his criticism, tweeting: “The FAKE NEWS media is trying to say that large scale immigration in Sweden is working out just beautifully. NOT!” 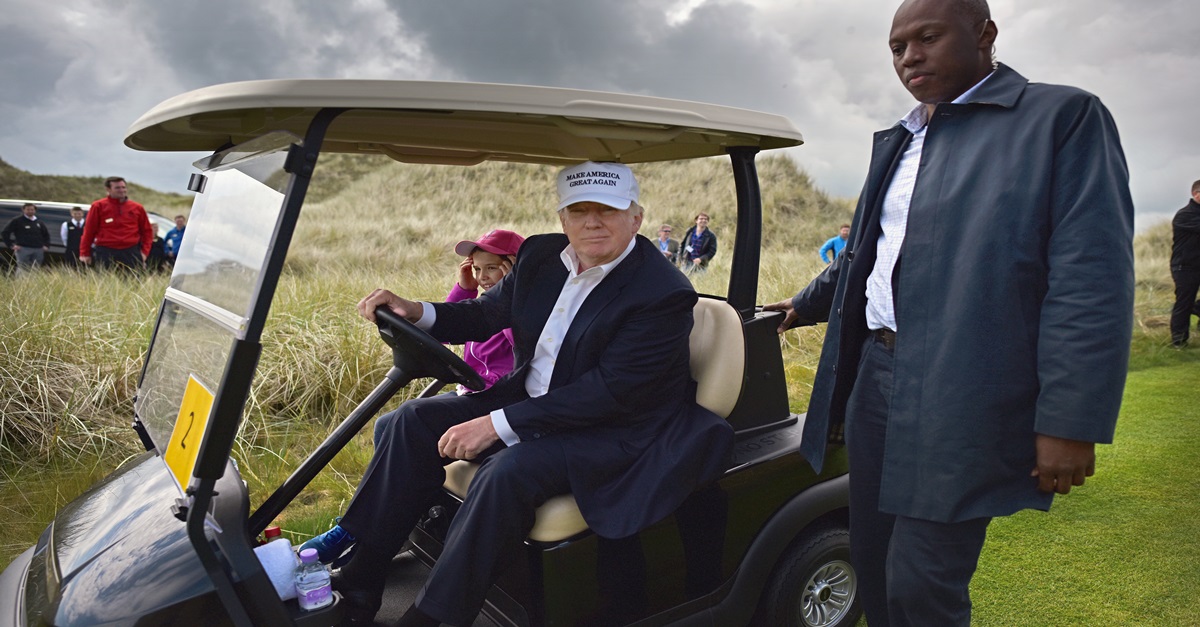