On Tuesday, King wrote in a tweet that he had been blocked by the United States’ 45th president, writing, “Trump has blocked me from reading his tweets. I may have to kill myself.”

Trump has blocked me from reading his tweets. I may have to kill myself.

While some Twitter users were quick to congratulate King or share their own blocking stories, Rowling took sympathy on the “It” author and offered to help him out.

RELATED: Stephen King pokes fun at President Trump after he claimed his phones were tapped by former President Obama

“I still have access. I’ll DM them to you,” she quickly replied.

I still have access. I'll DM them to you. https://t.co/MhibEYDBTg

King has yet to reply, publicly at least, so we’re not sure if he’s taken the “Fantastic Beasts and Where to Find Them” author up on her offer.

RELATED: White House sources say Trump “does not plan to put down Twitter” as Comey testifies

Recently, President Trump has been blocking people who disagree with him on Twitter, including a veterans group who’s opposed to his travel ban, but according to lawyers for two of those blocked Twitter users, his blocks may be unconstitutional.

In a letter sent to President Trump last week, lawyers from The Knight First Amendment Institute at Columbia University argued that blocking dissenters on Twitter is against the First Amendment.

“This Twitter account operates as a “designated public forum” for First Amendment purposes, and accordingly the viewpoint-based blocking of our clients is unconstitutional,” the letter reads, according to The New York Times. “We ask you to unblock them and any others who have been blocked for similar reasons.”

The letter implied that if Trump did not unblock their clients, a lawsuit would soon follow. 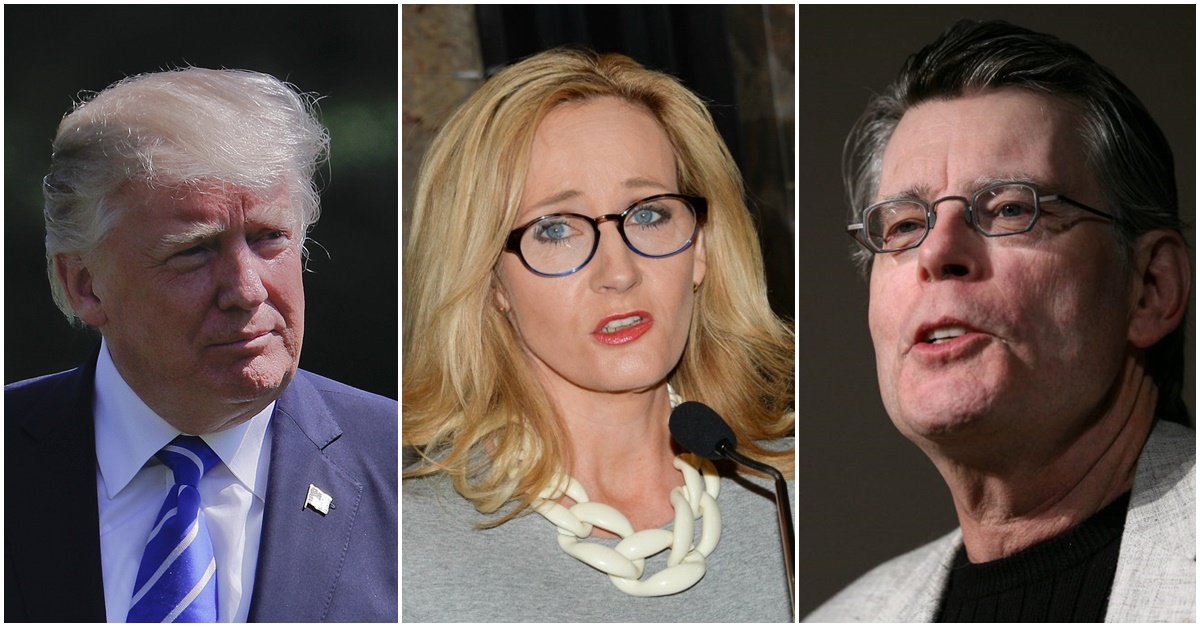