A White House lawyer clarified President Donald Trump’s comments after he said he would speak “under oath” to special counsel Robert Mueller in regards to the Russia investigation.

On Wednesday, President Trump spoke to reporters and told them he plans to talk to Mueller in the coming weeks, saying that he’s “looking forward to it.”

“I would do it under oath,” President Trump added.

After he made the comments, White House lawyer Ty Cobb clarified the president’s statement by claiming that President Trump was speaking hurriedly and that he only meant he would speak to special counsel Mueller not to a grand jury.

“He’s ready to meet with them, but he’ll be guided by the advice of his personal counsel,” Cobb told The New York Times. He added that the details were being worked out by Mueller’s team and President Trump’s personal lawyers.

RELATED: As President Trump signs bill to end government shutdown, the rest is up to Congress

When President Trump spoke with reporters Wednesday, he wrapped up the interview by saying he could have “cared less” about Russians having anything to do with his campaign and slamming his former opponent, Democratic presidential candidate Hillary Clinton.

“I couldn’t have cared less about Russians having to do with my campaign. The fact is — you people won’t say this but I’ll say it — I was a much better candidate than her,” he said.

RELATED: Ugandan president’s response to Trump and “sh*tholes” threw a major wrench into the narrative 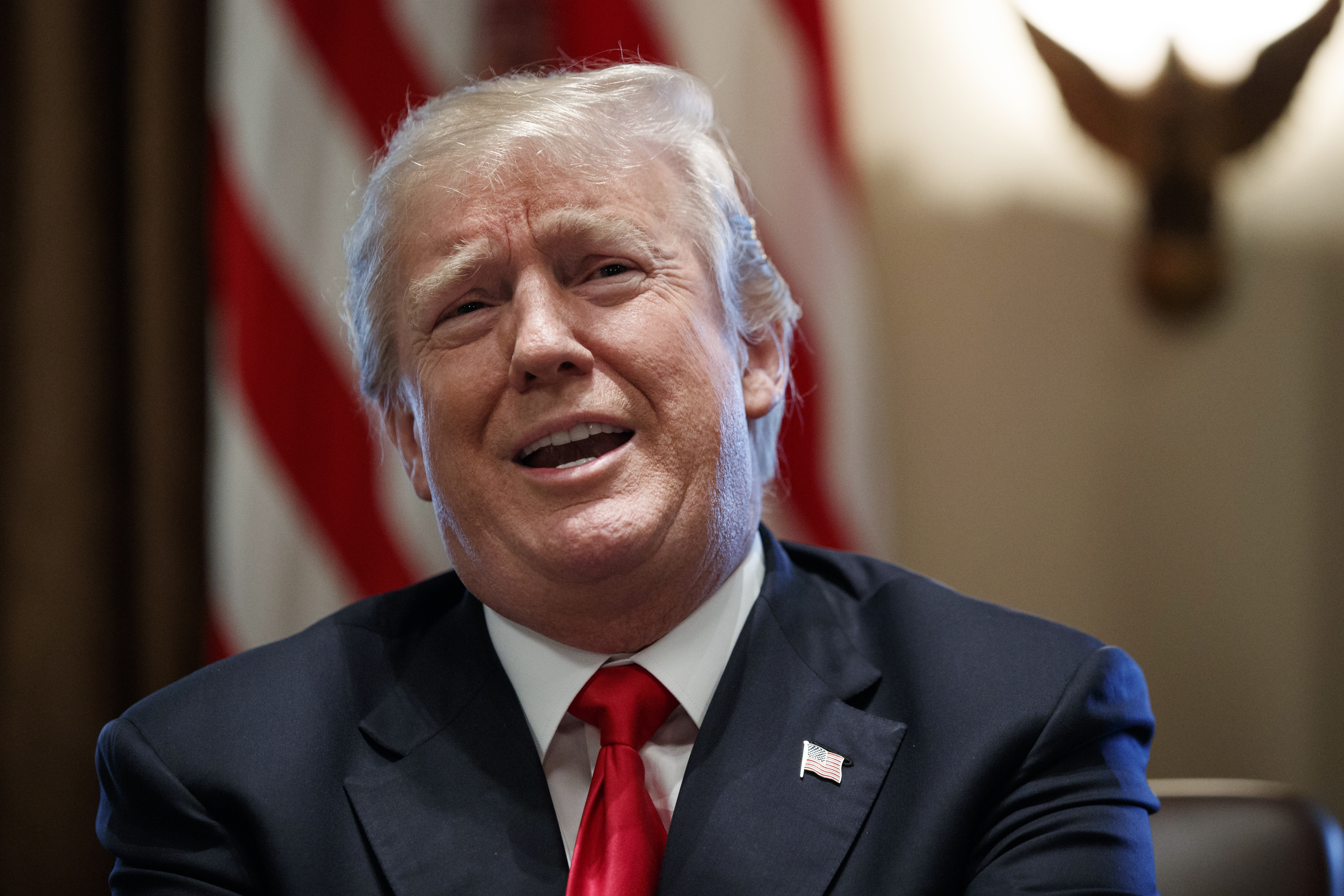