There’s controversy in America, meaning that TheBlaze’s Tomi Lahren has something to say about it.

San Francisco 49ers quarterback Colin Kaepernick made the decision to sit during the National Anthem in protest of racism in America. In a Sunday interview, Kaepernick made one thing very clear:

I have family, I have friends that have gone and fought for this country. They fight for freedom. They fight for the people, they fight for liberty and justice for everyone. And that’s not happening. People are dying in vain because this country isn’t holding their end of the bargain up, as far as giving freedom and justice, liberty to everybody. It’s something that’s not happening. I’ve seen videos. I’ve seen circumstances where men and women that have been in the military have come back and been treated unjustly by the country they fought for and have been murdered by the country they fought for, on our land. That’s not right.

Kaepernick applauded those who sacrificed for the country, saying that he was “[given] this opportunity by the contributions they have made.”

Ignoring all of this, Lahren retaliated, but she didn’t really address anything Kaepernick said.

In a video curiously titled “Sit Down Colin Kaepernick” posted to her Facebook page, Lahren chose to attack Kaepernick personally. Lahren called him a “crybaby” and his statements “mouth diarrhea.” She used other creative insults to totally destroy Kaepernick’s purpose for sitting.  She had some not-so-original advice: “If this country disgusts you so much, leave.”

Lahren accused him of hating white people. Targeting his birth parents, she said that he should be thankful for his adoptive parents, who took him in when his birth parents “weren’t willing to raise” him. Kaepernick is half-black and half-white and was adopted by a white couple.

This picture is worth 1000 words but I've got 650 words for #Kaepernick tomorrow. #finalthoughts pic.twitter.com/hG2O23jP55

RELATED: “Blazing Saddles” teaches us more than we might realize about the reality of free speech

Please stop sharing videos of Tomi Lahren on Facebook. Even out of rage. You drive her impressions and views way up. You're enabling her. 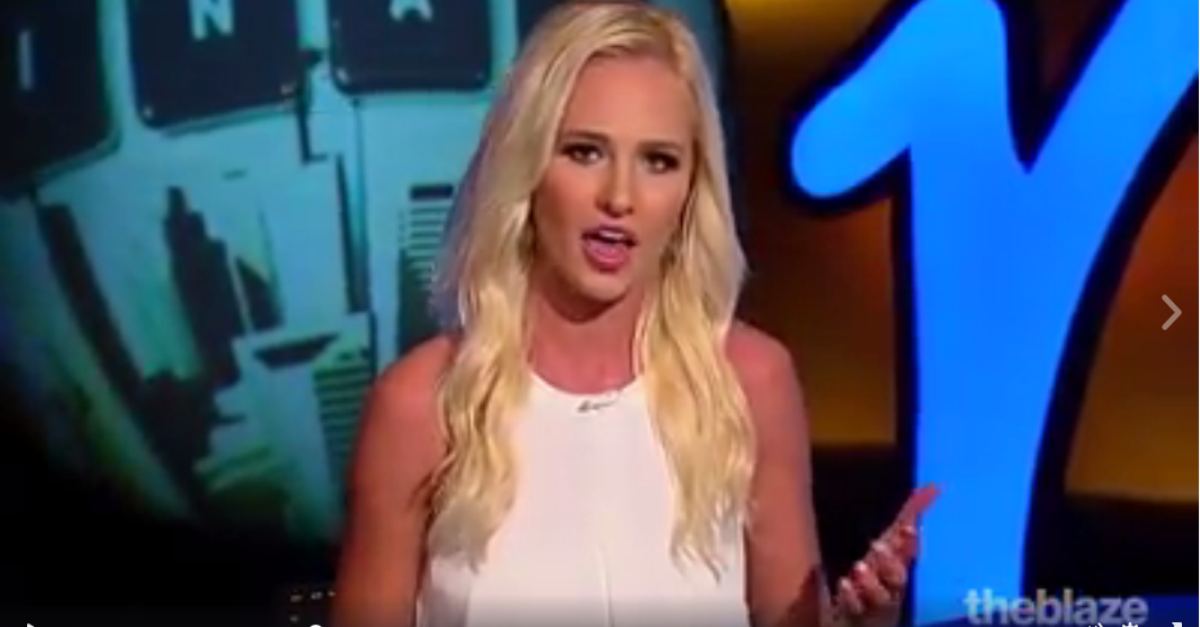