Former Vice President Al Gore had some strong words for how President Donald Trump has conducted his time in office so far.

During an interview on NBC’s “TODAY,” Gore said that he’s never seen a president so “deliberately” tear down the United States’ standing in the world.

“We’ve never had a president who’s deliberately made decisions, the effect of which is to tear down America’s standing in the world, starting with his withdrawal from the Paris agreement,” he said. “The climate crisis is by far the most serious challenge we face, but he’s also undermined our alliances, such as NATO and hurt our standing in the world in many ways.”

The former vice president did acknowledge that he had hoped that the president would come to his senses on climate change, but that changed after the president chose to withdrawal from the Paris climate accord.

“I had hoped he would come to his senses on the Paris agreement, but I was wrong,” Gore said.

He expressed concern at how President Trump was conducting his presidency beyond just climate change, saying that our country is “going through a challenging time, for sure.”

Gore also talked about the issue of Russia’s interference in the 2016 election, and the Trump administration’s interaction with Russian officials.

Referring to the ongoing questions regarding Russia, he said that “the months ahead will be a test for the American people. We’ve got to get through this.” But, he did express complete confidence in the FBI’s Robert Mueller to get to the bottom of what happened, saying, “It’s great that our country has a man like him that everybody can rely on.”

The creator of the “Inconvenient Truth” also revealed that he’s talked to former Democratic candidate Hillary Clinton since her November loss and said that “I suspect she’ll be fine, but our country, as I’ve said earlier, is going to face some challenging months ahead.” 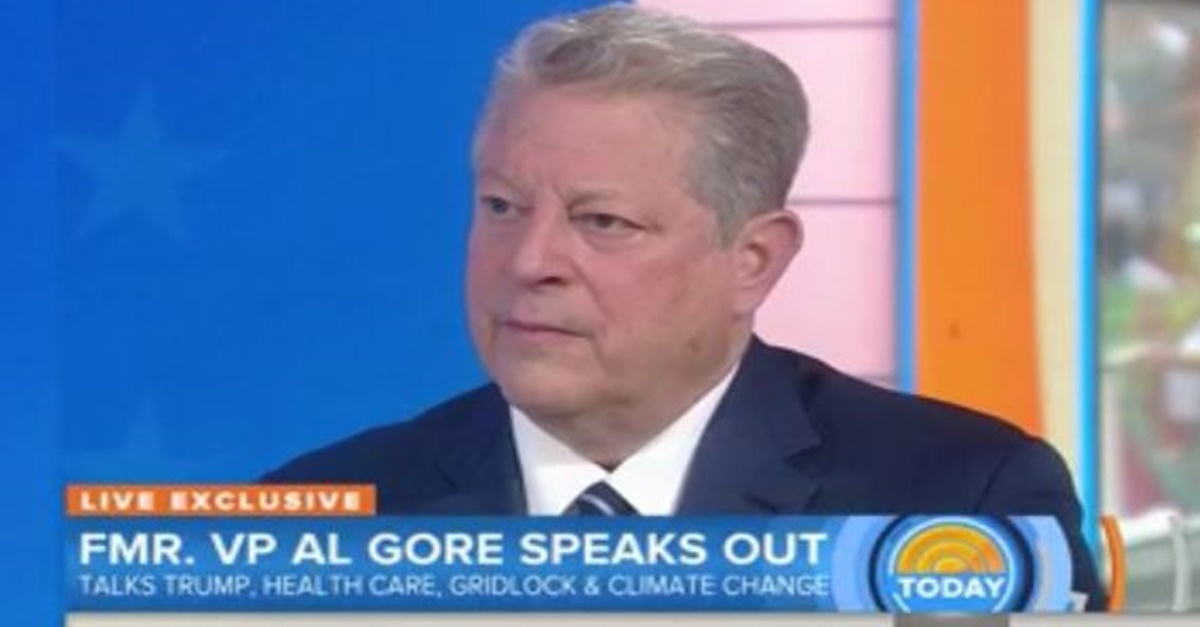