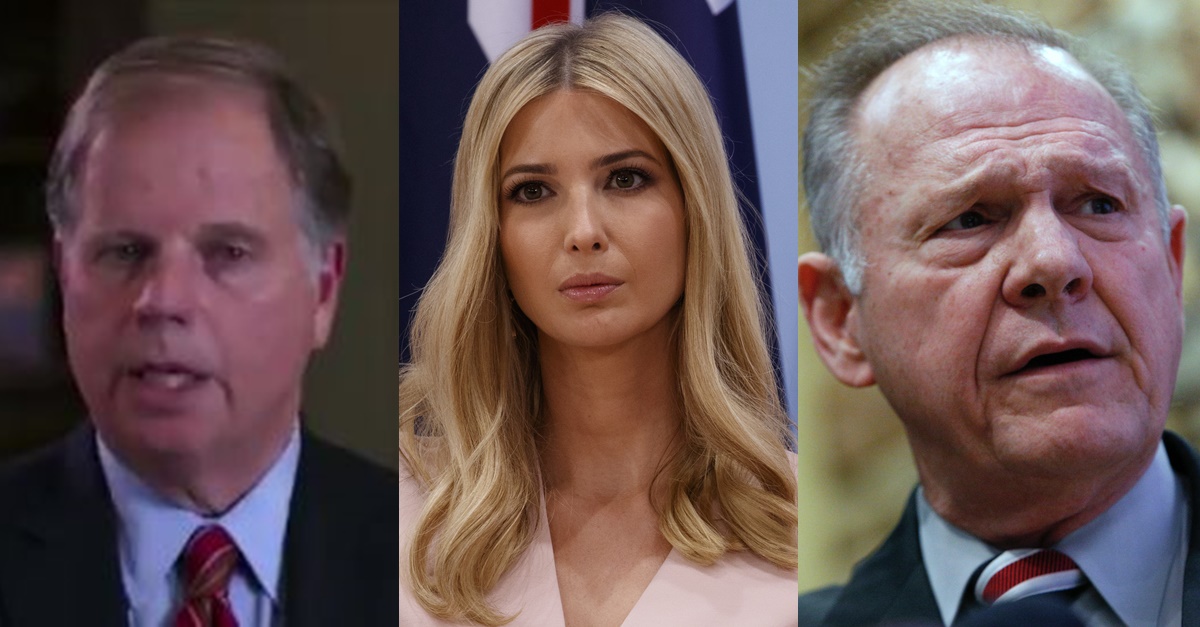 The narrator continues, “Jeff Sessions says, ‘I have no reason to doubt these young women,’ and Richard Shelby says he will ‘absolutely not’ vote for Roy Moore.”

Jones, who is running against Moore in a special election in December to fill Jeff Sessions’s vacated Senate seat, has seen a bump in the polls and is now averaging ahead of Moore, according to a Real Clear Politics polling average. Moore had been consistently averaging ahead of Jones until The Washington Post published a story, citing multiple sources, alleging that Moore had attempted to have romantic and sexual relationships with teenage girls when he was in his 30s.

One woman, who was only 14 years old at the time, said that Moore initiated a sexual encounter with her after he picked her up and took her to his home in the late 1970s.

Another woman, Beverly Young Nelson, who came forward after the Post published their story, alleges that Moore tried to rape her in his car when she was only 16 years old after picking her up from the restaurant where she worked. She also alleges that the former district attorney told her not to tell anyone.

“He said, ‘You’re just a child,'” Nelson recalled. “And, he said, ‘I am the district attorney of Etowah County, and if you tell anyone about this, no one will ever believe you.'”