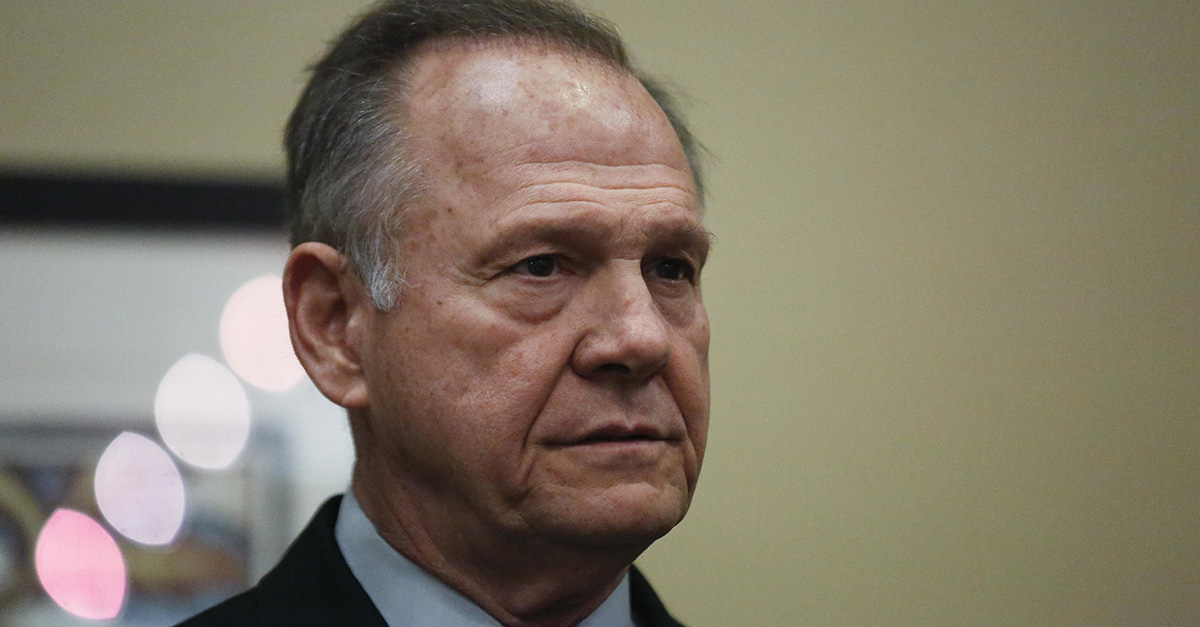 AP Photo/Brynn Anderson
Former Alabama Chief Justice and U.S. Senate candidate Roy Moore waits to speak at the Vestavia Hills Public library, Saturday, Nov. 11, 2017, in Birmingham, Ala. According to a Washington Post story Nov. 9, an Alabama woman said Moore made inappropriate advances and had sexual contact with her when she was 14. (AP Photo/Brynn Anderson)

Roy Moore, the Senate candidate accused by five women of inappropriate sexual advances, including one who says she was 14 at the time, was well-known in the town of Gadsden, Ala., for flirting with teen girls, according to a new report.

His predatory behavior was “common knowledge” according to some residents, AL.com reported. Those residents said that “Moore’s flirting with and dating much younger women and girls was no secret,” according the article.

#roymoore As a Deputy DA in Gadsden when Roy Moore was there, it was common knowledge about Roy’s propensity for teenage girls. I’m appalled that these women are being skewered for the truth.#MorningJoe #FoxNews

RELATED: Roy Moore’s 5th accuser shows off a memento of her past that he left her with

“These stories have been going around this town for 30 years,” Blake Usry, a nurse who grew up in the area and lives in Gadsden, told AL.com. “Nobody could believe they hadn’t come out yet.” Usry said he knew several of the girls Moore is accused of flirting with.

“It’s not a big secret in this town about Roy Moore. That’s why it’s sort of frustrating to watch,” Usry said, referring to a segment of the public that is discounting the women who have come forward to tell their stories.

Moore has denied any wrongdoing following the initial report by the Washington Post in which four women accused him of unwanted sexual advances. The Post talked to some residents and former colleagues of Moore’s, who said he often walked alone around the Gadsden mall.

The mall, which opened in 1974, was a popular locale for townspeople to spend time in, especially for teenagers.

A former regular at the mall as a teenager, Jason Nelms, who lived in a town nearby Gadsden and now lives in Tennessee, said he recalled a mall employee telling him once that an older man was known to pick up younger girls, and that the workers tried to keep tabs on him. Nelms said a mall employee later identified that older man as Moore.

Usry, who was a teenager at the time, made a similar claim.

“He would go and flirt with all the young girls,” Usry said of Moore. “It’d seem like every Friday or Saturday night [you’d see him] walking around the mall, like the kids did.”

Another former mall worker, Greg Legat, who was employed at the Record Bar, a music shop in the mall, from 1981 to 1985, told AL.com that an off-duty Gadsden police officer told him about a number of people he should keep an eye out for while on the job.

As Legat recalled, one was a pickpocket, another had a habit of starting fights and yet another was Moore.

RARE POV: Right and left always excuse the worst behavior in politicians so long as he’s “their guy”

Five other Gadsden residents spoke out against Moore to AL.com and shared similar stories about the Senate candidate.

“Him liking and dating young girls was never a secret in Gadsden when we were all in high school,” Sheryl Porter told reporters. “In our neighborhoods up by Noccalula Falls, we heard it all the time. Even people at the courthouse know it was a well-known secret.”

“It’s just sad how these girls [who accused Moore] are getting hammered and called liars, especially Leigh [Corfman].”