Megyn Kelly’s new show has gotten off to a promising but rocky start after her interview with Vladimir Putin. Kelly’s show is set to air an interview with Texas-based conspiracy theorist Alex Jones. Unfortunately for her, though, Jones has scooped the former Fox News anchor on her own show.

Jones released tapes of pre-interview phone calls between him and Kelly. The calls are a bit embarrassing to Kelly, who said she became interested in the InfoWars host during his highly politicized custody trial. She told Jones:

I saw a different side of you, and you became very fascinating to me. Your comments during the trial just reminded me you are just like anybody, and I thought that would be an interesting story to tell.

Kelly also promised Jones that her interview with him “isn’t going to be some gotcha piece.” The interview, which is set to air on Sunday, has been condemned by a number of groups, including residents of Newtown, Connecticut.

Jones had infamously said that the Sandy Hook massacre in the sleepy New England town was a hoax. However, in his calls with Kelly, he said, “In hindsight, I think it probably did happen.”

RELATED: Megyn Kelly defends her interview with Alex Jones, saying it would be dangerous to ignore his growing influence

On Thursday night, Jones published a recording of his calls with NBC’s new star on YouTube. The clip rocketed to the top of the “trending chart.” From his studio, Jones declared, “In the past, NBC could manipulate and lie, they were the gods…these tyrants haven’t figured it out yet that information warfare is a two-way street.”

NBC’s statement on the matter reads:

Despite Alex Jones’ efforts to distract from and ultimately prevent the airing of our report, we remain committed to giving viewers context and insight into a controversial and polarizing figure, how he relates to the president of the United States and influences others, and to getting this serious story right. Tune in Sunday.

Kelly said that she was going to “personally look at any clips we want to use of [Jones] and have a producer run them by [Jones].” According to The Hill, Jeff Zucker, former head of NBC, criticized the promotion of the piece, saying, “If you’re going to do this story, the tease needs to be you holding up a picture of the dead kids at Sandy Hook and saying, ‘How dare you?’ And I think their marketing of this has thus far been unfortunate.” 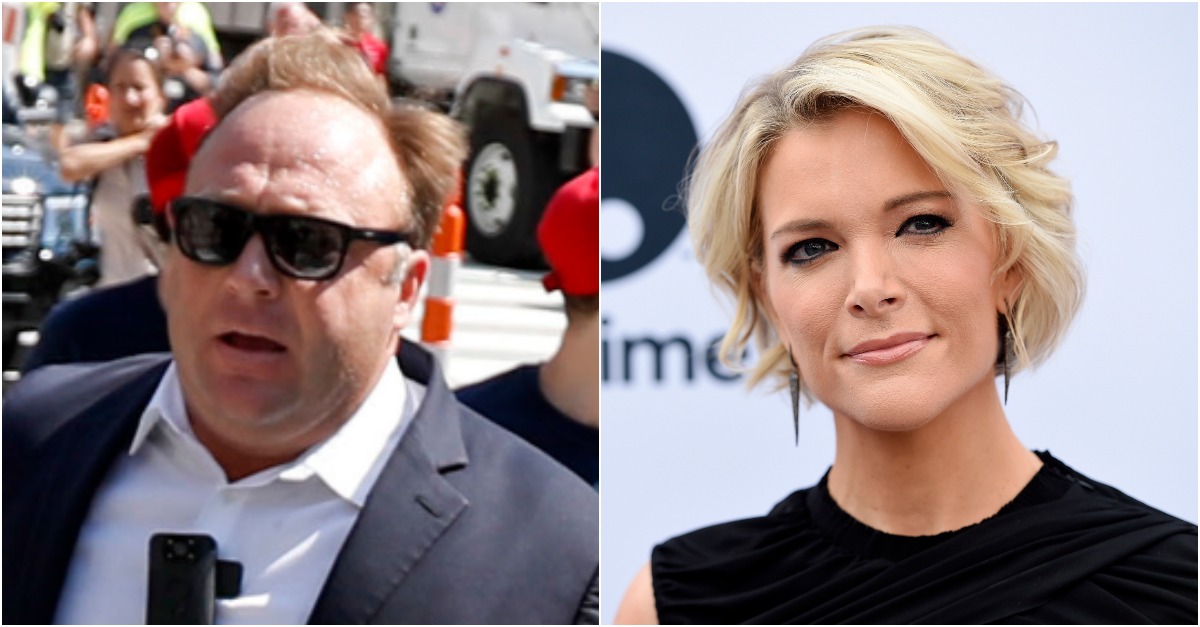