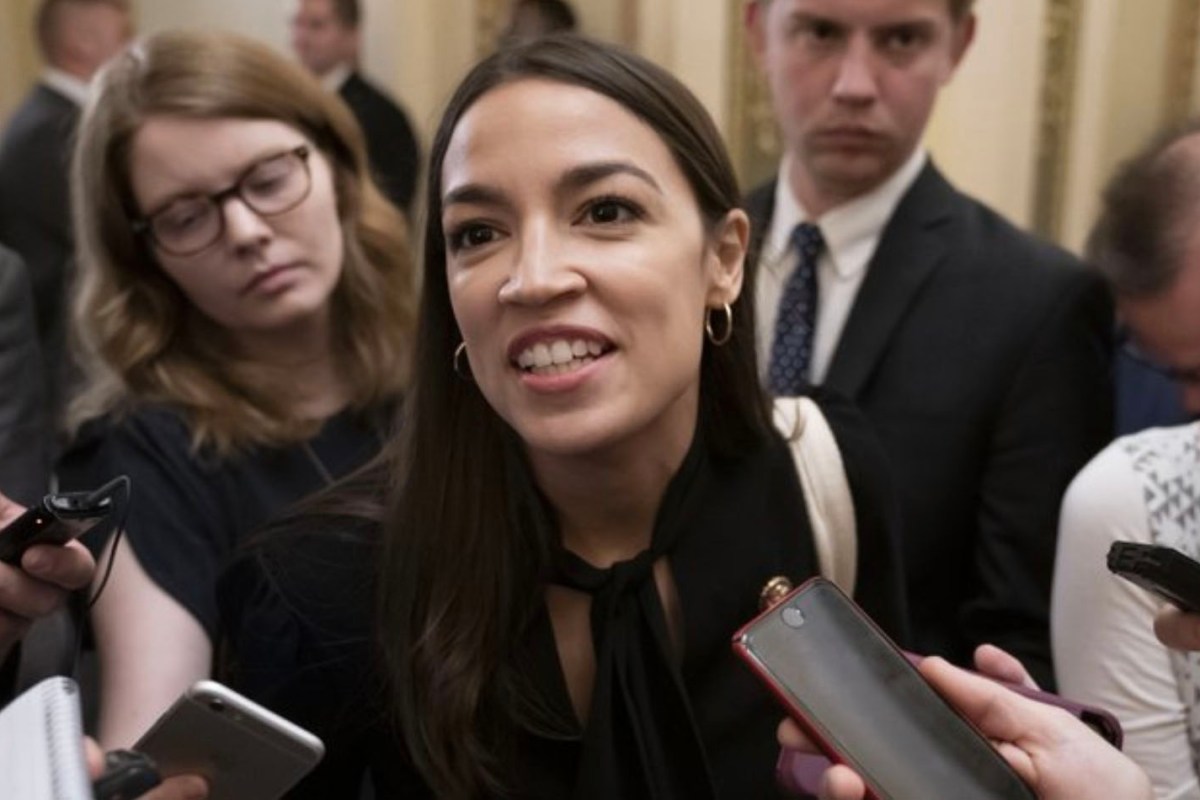 Socialist Green New Deal co-author Representative Alexandria-Ocasio Cortez (D-NY) took to Twitter to tell everyone how excited she was that oil prices had dropped through the floor, kicking off her ill-advised tweet with “You absolutely love to see it”, re: oil being worth almost less than summarizing the public’s reaction to something with a few handpicked tweets.

AOC then elaborated on her joy about the oil price crash, saying, “This along with record low interest rates means it’s the right time for a worker-led, mass investment in green infrastructure to save our planet *cough*”.

Naturally, the thumbs of many an aghast — and definitely intellectually honest — citizen sitting across the political aisle from AOC began furiously mashing their phone screens with their rebuttals to the New York representative’s tactless tweet. All of them, of course, replying with objective criticism born out of a good-faith reading of her tweet.

The criticisms all accused AOC of things like literally celebrating the idea that oil sector workers were losing their jobs, celebrating the outbreak of the Coronavirus pandemic, and for good measure we can probably go ahead and safely assume someone suggested that they saw her high five one of her staffers while reading an old white guy’s obituary. Why not? Nothing matters.

Rep. @AOC after seeing news that means American workers will lose their jobs: "You absolutely love to see it." pic.twitter.com/WcHb4fI220

No one is cheering this pandemic. https://t.co/J6zb7kATJ0

Of course, even though it’s being interpreted this way by her ideological opposites, AOC didn’t actually say anything along the lines of, “HAHAHAHA S MY BIG RED D ROUGHNECKS I’LL SEE YOU IN THE BREAD LINES!” She certainly wasn’t celebrating the outbreak of the Coronavirus pandemic in this tweet. (While it’s safe to assume she’s ready and eager to take advantage of the political opportunities presented by the Trump administration’s bungling of America’s Coronavirus preparations and response, the same way literally any Republican would be had this response been bungled by a Democrat, only a liar or moron could say with a straight face that she’s even within a million miles of believing 40,000+ deaths is an acceptable trade-off for accomplishing her broad political goals.)

It seems pretty clear, at least to those* without likes and quote tweets adorned with a “THIS.” to chase, that the militantly anti-carbon emission congresswoman (unless fracking is involved) was celebrating the momentary blow to fossil fuels much in the same way an idiot might gleefully conflate a momentary dip in Nike stock with the public forever ditching the most popular clothing brand in the world because they gave a black activist a shoe or something.

*(It’s clear to those people too, actually. They just have likes and quote tweets adorned with a “THIS.” to chase.)

The tweet wasn’t an attack. It was tactless. And ill-informed. And really stupid. Because a ton of people in the oil industry, with collars both white and blue, are losing their jobs now. That is, presumably, what AOC realized and why she deleted said tweet. Never attribute to malice that which is adequately explained by stupidity. (Unless you need the Twitter likes. Or if you just enjoy the endorphin rush of a good internet rage episode.)

That said, it’s not exactly easy to feel sorry for AOC because a segment of the press and social media read her tweet with Joel Osteen levels of bad faith. AOC herself routinely and publicly reads even the most mundane of conservative statements of belief in the worst faith possible. She also calls out her opponents every time they’re even a fraction as insensitive as she was with this tweet. (It’s almost as if pretty much everyone, regardless of ideology, isn’t awfully concerned with being a consistent, honest person.)

All of that is, in fact, a huge part of her brand. She chases YAS KWEENs from her digital sycophants the same way her conservative counterparts thirst for… I don’t know what the conservative equivalent of a YAS KWEEN is. EXEMPLARY, COMMODORE? Let’s go with that.

You reap what you sow and, well, she sows this exact same fuck wheat on a daily basis.