Pennsylvania fisherman Aaron Thompson was fishing in the Allegheny River when he reeled in a “prehistoric” fish.

“Just took off,” he recalled of the fish. “It kind of stayed in the water. Then when it got so far, it came up out of the water, and that’s when I knew I had something different. Then we fought it for maybe ten to fifteen minutes before we got it in.”

Then, when Thompson shared a photo of the catch on Facebook, “it kind of went crazy” with people trying to figure out what the animal was. Even the Pittsburgh U.S. Army Corps of Engineers shared the picture, asking people to name the fish.

While many people guessed that it was some prehistoric monster, Thompson knew as soon as he pulled it out of the water that it was a paddlefish.

“They’ve been around for 75 million years, they claim,” he said. “So prehistoric is probably a good word for it.”

The Fish & Boat Commission revealed that the threatened species was believed to no longer have a presence in Pennsylvania waters. Thompson said his catch was “completely accidental” and that he later released it back into the river without harm.

RELATED: PETA is actually fighting in federal court to prove that this monkey owns the copyright to his selfie 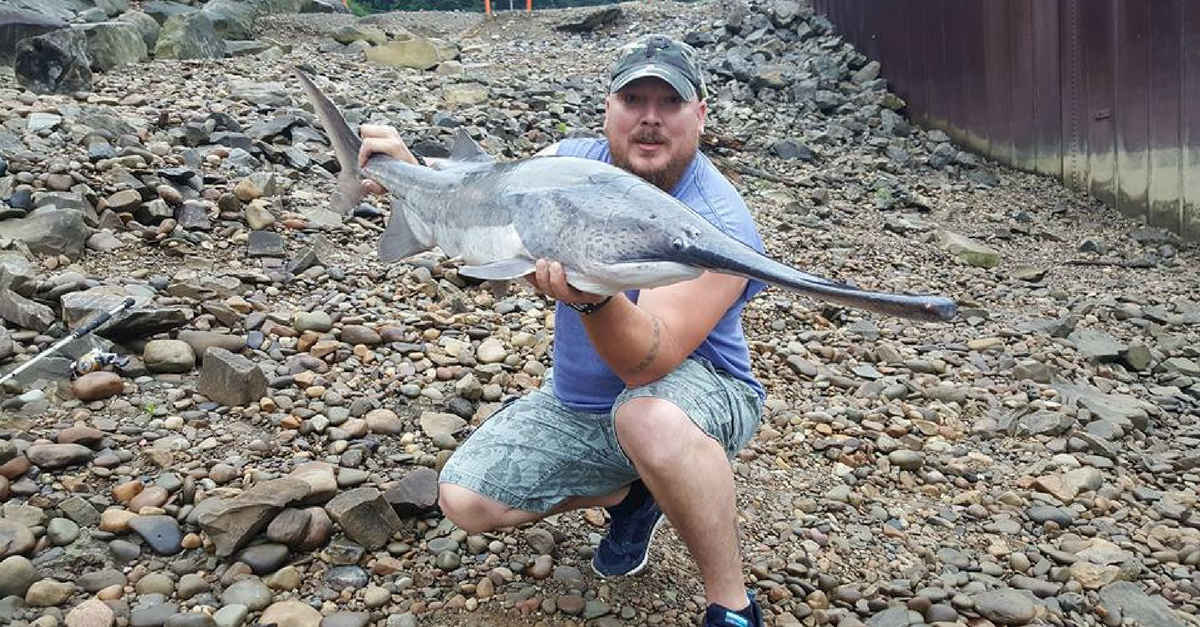