Creator of the Tony-award winning Hamilton and composer for Oscar-nominated “Moana” Lin Manuel Miranda joined Auli’i Cravalho, voice of the titular character Moana, on stage for her Oscars debut to perform the song “How Far I’ll Go” from the movie.

Cravalho was just 14 years old when she was cast to voice Moana alongside Dywane “The Rock” Johnson, who plays Maui in the Disney movie. Nominated songwriter Miranda opened the song, beaming with pride, before handing things over to Cravalho. The Hawaiian-born actress, now 16 years old, lit up the stage as dancers waved beautiful blue sails behind her.

Cravalho nailed her part of the performance, which received rave reactions on social media. On Twitter user even called it “one of the best moments today.”

Auli'i Cravalho singing 'How Far I'll Go' from 'Moana' genuinely gave me goosebumps. She really is a Disney princess. #Oscars

However, it didn’t go unnoticed that one of the dancers accidentally smacked Cravalho in the head during the routine.

“Yeah, you saw that correctly. Moana (Auli’i Cravalho) got bopped during her big #Oscars number,” WBS-TV tweeted, with others reacting similarly.

Auli'i Cravalho is only 16, just got smacked in the head during a live performance, and kept singing her heart out. Be like Auli'i! #oscars

Moana’s “How Far I’ll Go” is nominated for Best Original Song, the winner of which will be revealed later during the awards show.

Disney's Moana causes major waves with a stunning performance at the #Oscars https://t.co/vsnMfSJMFZ 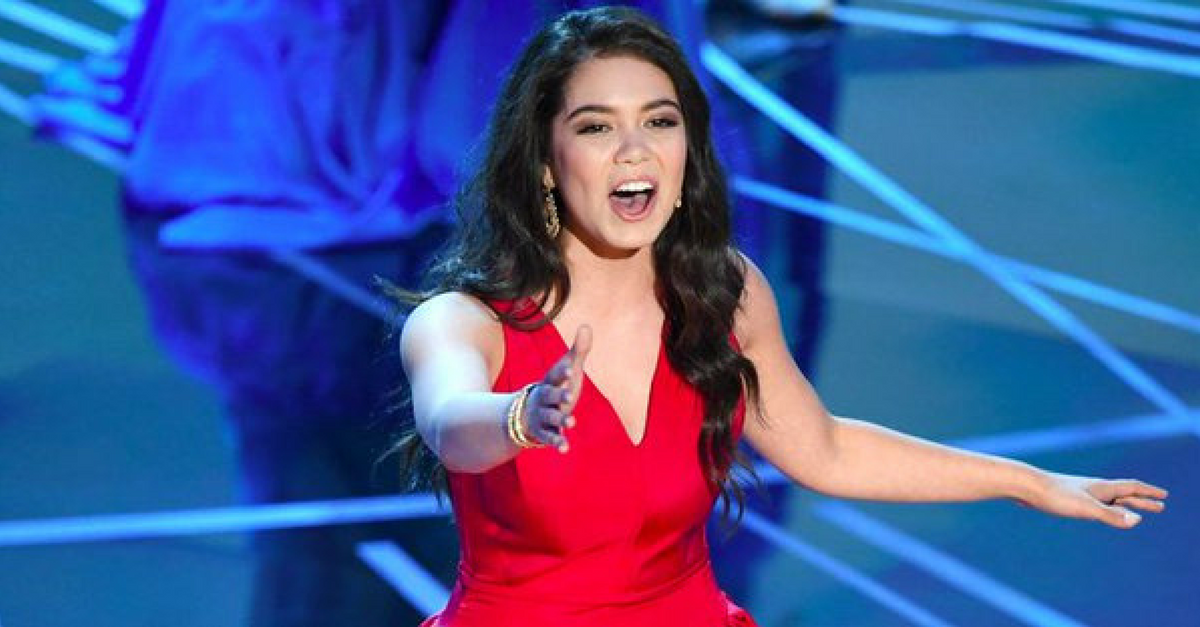