Menu
Follow us
Search
Menu
Search
A flag of the United States in unfurled during the playing of the National Anthem before a baseball game between the Houston Astros and the Seattle Mariners, Monday, April 3, 2017, in Houston. (AP Photo/Eric Christian Smith)

RELATED: Donald Trump is going to love his newest neighbors from Houston

Major League Baseball’s Opening Day yesterday was a huge hit, and the Astros started the season with a bang:

And the ‘Stros won 3-0 over the Mariners!

The @astros take care if business on #OpeningDay. 3-0 over the Mariners. A.J. Hinch following the game. pic.twitter.com/eKmOXnlb0q

Even Dallas had a little Opening Day celebration for their “baseball team:”

When you look forward to #OpeningDay ⚾️ for the fashion!

Dallas’ most beautiful were out in full.

But if crowds, sweat, and balls aren’t really your scene, nine minutes from the Juice Box downtown, Houstonians can still get into the spirit with a more refined variety of a baseball classic.

This week, upscale steakhouse B&B Butchers is unveiling a limited edition menu of hot dogs, including a $26 “Wagyu frank topped with truffle-infused honey, bacon, and bleu cheese,” and a $42 “Wellie Dog…baked in puff pastry with mushrooms and foie gras.”

But the home run of the specialty menu is a $124 “Break the Bank Frank,” which comes with “a truffle butter-rotated bun topped with filet mignon, lobster, and 24-karat fold flakes.”

This actually isn’t the first time gold-topped hot dogs have been in the news:

At Super Bowl 50 last year in California, a similar hot dog was served at Levi Stadium.

You can eat a hot dog topped with real flakes of gold at Super Bowl 50 https://t.co/DCpkknkrAS pic.twitter.com/nAbU3IcN2l

Of course, the CA golden dog was about $112 cheaper than Houston’s because everything’s bigger in Texas – including your bill. 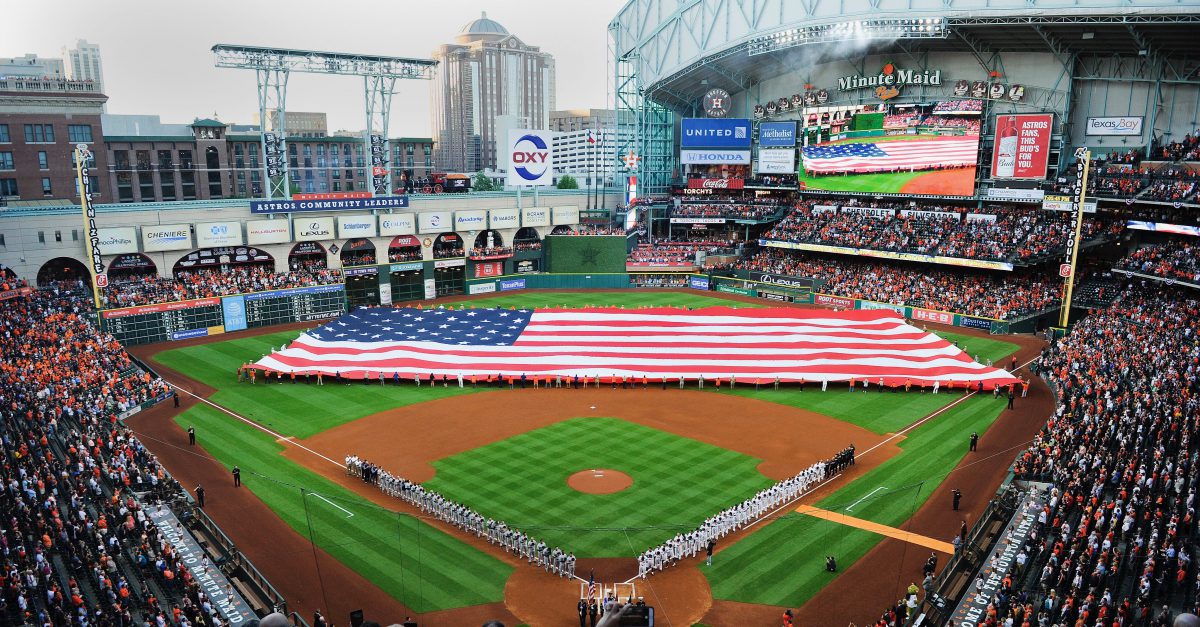