Mayor Rahm Emanuel has made his disappointment clear about President Trump’s decision to back out of the Paris Accord, but he renewed his discontentment with a simple Tweet.

When President Trump backed out of the Paris Agreement on Climate Change many entities in the U.S. decided to support the agreement on their own including 30 cities, 10 states, 80 universities and more than 100 businesses. Among those entities was Chicago with Mayor Emanuel releasing a statement on June 1.

RELATED: Chicago Mayor Rahm Emanuel says the city will “push forward” after Trump pulls out of Paris climate accord

“The President’s decision to pull out of the Paris Accord is a poor attempt to pit environmental protection and economic growth against each other,” the statement reads. “It’s a false choice. Chicago has proven you can create jobs while reducing your carbon footprint, and we will continue to do both. As the Trump administration pulls back we will push forward and reduce our fair share of carbon emissions in line with the Paris Accord. The world is depending on cities in the US to take up the mantle of leadership on climate change. Chicago will happily accept that challenge.”

Proud of his statement and his city, Mayor Emanuel tweeted a beautiful picture of Chicago’s skyline with a green tint.He tweeted that the green hue was a tribute to the Paris Agreement and cities that are aiming to meet the goals set by the agreement despite the obstacles placed in front of them.

Chicago skyline in green in honor of the #ParisAgreement. #Cities4Climate pic.twitter.com/Vb0DlYGeWI

“Chicago is already 40 percent of the way toward fulfilling the Paris agreement and the goals set,” Mayor Emanuel told DNAinfo. “Chicago is gonna stay on that road, committed to following through and do exactly what it needs to do.” 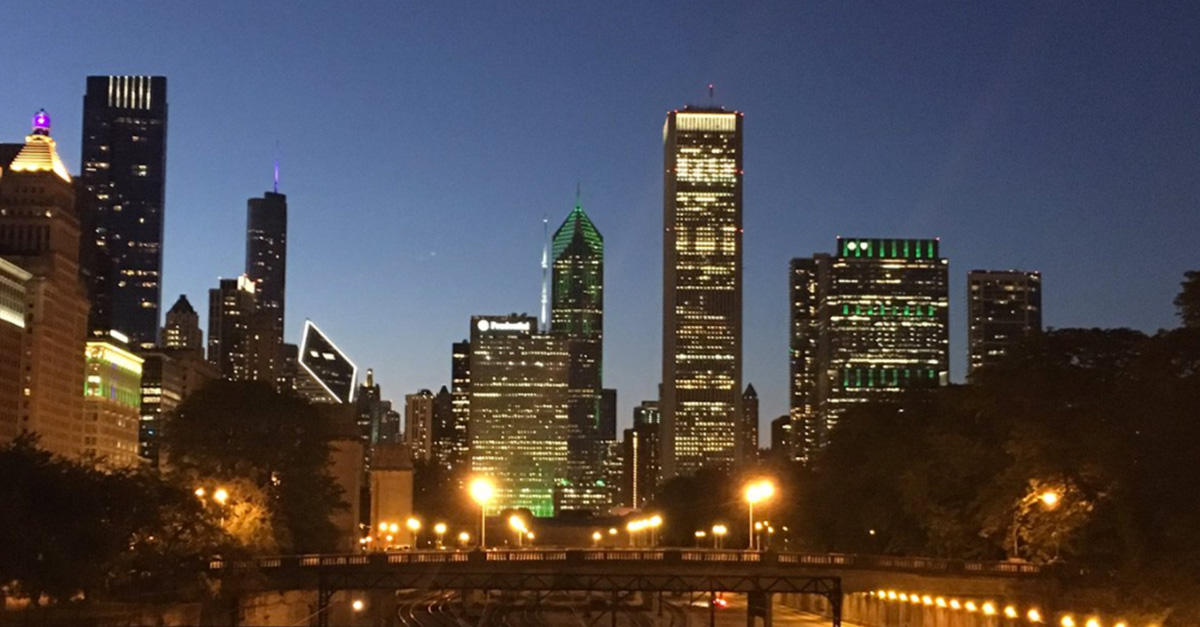