When Chicago native Niko Kollias tagged along with his friend who was going to meet up with two girls they had met on Facebook, he had no idea what he was walking into. Three hours later, with his blood covering every inch of the room, Niko Kollias sat in a bath tub wondering who had taken him and why they were brutally torturing him as he feared for what more they could do.

Kollias, a college football player for the University of Rochester, recalls in an interview with ESPN’s Outside the Lines that blood was coming from his head, legs and feet where his kidnappers had cut the webbing between his toes and he could not imagine what was to come. The only reminder of his life was his crumpled up University of Rochester Football T-shirt which sat in the corner of the room, soaking into a new color as his blood absorbed into it, he told ESPN.

The Chicago native had been shot multiple times, at least once in each leg, and beaten with a number of things ranging from a lightbulb being cracked over his skull to heavy metal pipes which his attackers beat on his body with. Kollias could hear the men talking in the other room, but still wondered as to who the men in masks were and why they had taken him.

RELATED: The Fourth of July weekend was possibly the most violent in Chicago’s recent memory

Kollias was a senior at Rochester University that year where he played football and played piano, the two things he told ESPN were most important to him. On the night of Dec. 4, 2015, Kollias and his friend from the football team decided to meet up with two girls that had previously been talking to them.

“He’s like, ‘Let’s go. Let’s go be with these girls,'” Kollias told ESPN. “And it didn’t seem like that bad of an idea. Just want to meet new people, and [I] never really think of girls as, like, evil or mean.”

The two men met up with the girls and were taken to their house which Kollias said smelled of urine and feces from the moment he stepped in. Just as Kollias sat down he says five to 10 masked men appeared in the house with knives, guns, pipes and bats and, when the lights went out, he ran for the door.

RELATED: Young boy arrested in connection to the 1,000 person gang party and video that police could not control

Kollias, who was kidnapped that night, had failed to realize that Samantha Hughes, one of the girls who had lured him to the house, was the girlfriend of Elliot Rivera, a disgruntled 19-year-old who had a score to settle about a previous crime involving a fellow football player. Instead, the girls picked up these two players, who were now at the mercy of Rivera and his friend Lydell Strickland.

Kollias and his friend were dragged to the bathroom and brutally beaten for three hours straight before being allowed to bathe and wash away the blood that continued to pour out from them.

The attackers made a short video clip of the beatings showing some of the cruel things they did during the 40 hours of physical, sexual and psychological torture that Kollias and his friend endured as they taunted and laughed at the pain he was put through. The men were aware that Kollias was not involved in their revenge plan, but they managed to keep his alive, holding a gun to his head, demanding he call his bank to withdraw as much money as possible.

“They started feeding us and giving us food and water,” Kollias told ESPN. “I was pushing myself through to not give up and not close my eyes because I didn’t want to die.”

After two friends from Rochester reported Kollias and his friend missing, another friend of theirs was able to connect some dots allowing police to begin questioning Hughes. This allowed police to connect Kollias’ kidnapping with a previous drug-related crime that had occurred on campus seeing as Hughes was friends with a victim of that crime; Rivera’s cousin.

By Saturday night Rochester Police had taken over the case and began spotting connections. Kollias recalls thinking that Sunday would be his last day on Earth as the attackers came in shooting guns and yelling.

“They started shooting everywhere and putting the gun into our mouths and up to my skin and just shooting and pulling away at the last second. There were bullet casings flying everywhere. I’m not wearing a T-shirt, and all these casings are extremely hot, and we’re just flailing and they’re yelling at us to stay still,” Kollias told ESPN. He said he held his teammates hand and was prepared for whatever came next. “I was pretty much fine with dying at that point.”

That’s when the SWAT team arrived.

About a dozen SWAT members entered the house as they arrested everyone there and rescued Kollias and his teammate. Police later arrested the two men behind the entire kidnapping as they were not found in the house when SWAT arrived.

In the minutes after the raid, Police Chief Michael Ciminelli caught a look at Kollias and his teammate. “The one thing that stood out to me is the almost blank stare they both had on their faces,” Ciminelli told ESPN. “I’ve been around a long time. I’ve seen a lot of things. This one is really in a class by itself in terms of the level of physical and psychological torture. It was as bad as a horror movie.”

Despite his football career being over, Kollias still uses his piano to relax and remains optimistic about his life in light of all of his new struggles. He underwent four blood transfusions, had a titanium rod put through his femur and had to have glass surgically removed from his eardrum, scalp and skull.

“I made the conscious decision to live, survive and overcome the challenge I was faced with,” Kollias told ESPN. “And that’s exactly what I did.” 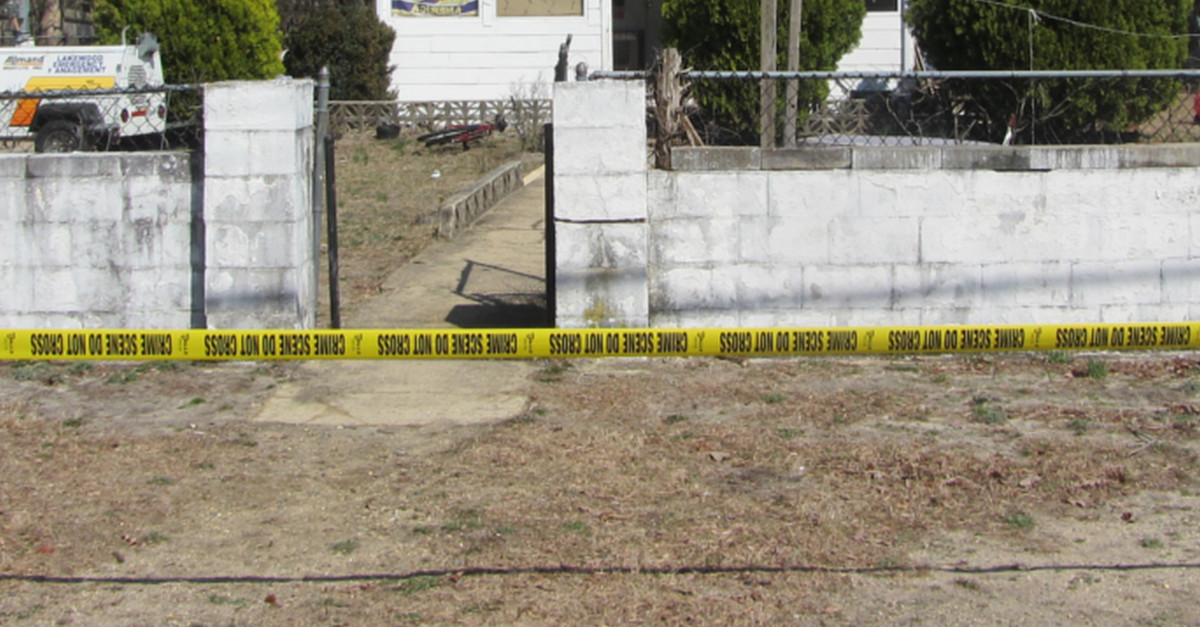