The most interesting story in the world right now is the shockwave of nationalist sentiment that’s leveling Western political establishments and institutions. The angles are myriad and fascinating, from blue-collar workers globally abandoning the left after decades of stagnation and rust, to lifelong conservative voters twisting into something more populist, to the role decades of failed policy played in affecting the backlash. The next test of this nationalist revolution is scheduled for Wednesday, when the Netherlands heads to the polls and could very well give a boost to Geert Wilders, the Dutch Donald Trump.

There is a Russia component to this story, too, in that Moscow has used its cyber capabilities to intervene on some of these candidates’ behalf. Here in America, that single angle has been inflated and inflated, culminating in a rabid media frenzy whose operative theory is—backed by no evidence—that Donald Trump’s campaign colluded with the Russians to influence his presidential election. Careful pursuit of evidence has been abandoned; Occam’s Razor has been stashed in the drawer. It can’t be that the Russian ambassador reached out to Trump’s people because he was doing what every other diplomat in Washington regularly does; no, it has to be something out of Joel Surnow’s mind, espionage and sedition, yet another mole at CTU—or maybe the White House.

Now, anonymous Democrats are now emerging from the intelligence committees to tamp down some of this nonsense. Over to BuzzFeed:

Even some Democrats on the Intelligence Committee now quietly admit, after several briefings and preliminary inquiries, they don’t expect to find evidence of active, informed collusion between the Trump campaign and known Russian intelligence operatives, though investigators have only just begun reviewing raw intelligence. Among the Intelligence Committee’s rank and file, there’s a tangible frustration over what one official called “wildly inflated” expectations surrounding the panel’s fledgling investigation.

The quotes are dreary with ennui. “I don’t think the conclusions are going to meet people’s expectations,” another official said. “I don’t think any of the contacts are going to be referred” to the Justice Department, he later intoned. Bear in mind that, as BuzzFeed also notes, congressmen and senators have been given access to a broad array of intelligence for their probe, meaning if they don’t find anything, nobody else is going to either.

That’s going to come as a huge letdown for the left, which has spent the past two months rigging booby traps to catch the KGB agents lurking in their Forsythia bushes. Start with Senator Chris Coons, the Democrat from Delaware, who recklessly gossiped that he believed the FBI had hard evidence that Trump colluded with Moscow. He walked this back almost immediately, but his insinuation was just as damaging as Trump’s claim to have been wiretapped.

Over next to failed presidential candidate Evan McMullin, whose Twitter feed regularly smirks that Trump is eating out of Putin’s palm. MSNBC is running segments with backdrops that juxtapose the American flag with the Russian one, as the reliably partisan Rachel Maddow is allotted an hour to raise dark questions about the new administration’s loyalty to country. And, of course, Keith Olbermann bellows out of his broom closet that we’re all living under enemy occupation.

RELATED: Keith Olbermann said that America was “invaded” when Trump was elected

This is the climate that the left has created, sans a single hangnail of hard proof. By all means, let the FBI and the congressional committees finish their investigations, present their findings, recommend according actions—but if we’ve learned one thing over the past year, it’s that sensitive political issues are increasingly litigated in the media, and right now the press has set expectations for liberals at Kilimanjaro altitudes. When benign reality descends, as it most likely will, the left is going to wake up, shake its head groggily, and realize it’s still out of power and still without a plan to reconvert the American middle.

Meanwhile, the nationalists continue to advance. The most likely outcome of this whole Russia mania? That the left will have spent months chasing a red-scare red herring instead of engaging in the introspection it needs to fight back. 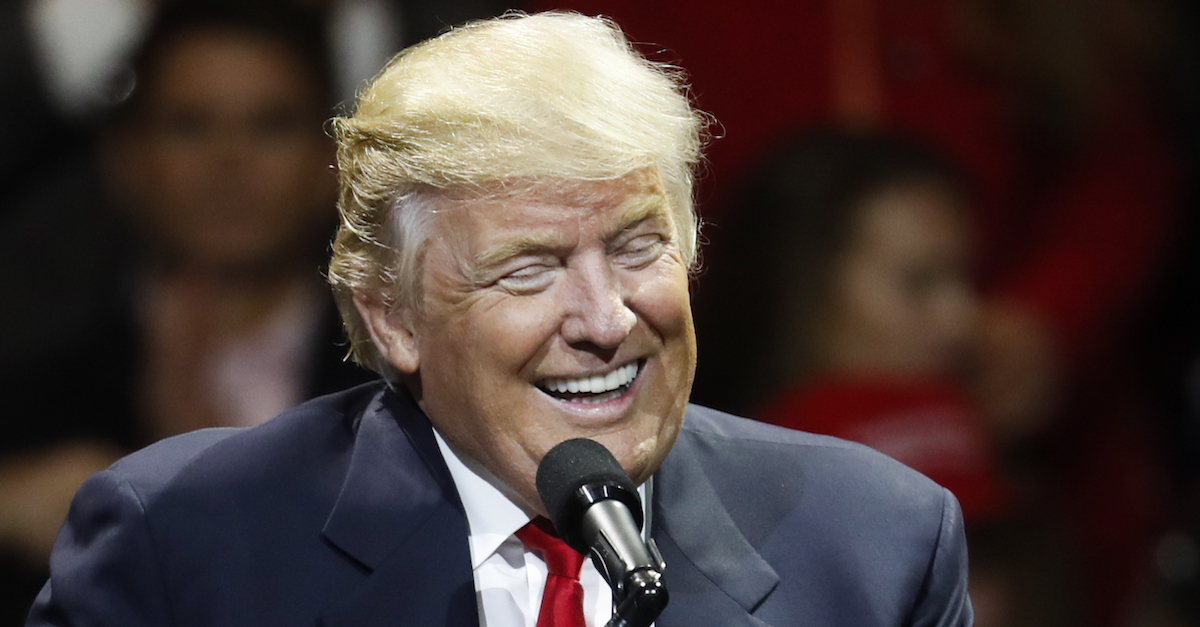