Meghan Markle, actress and girlfriend of Prince Harry, was seen Thursday wearing a delicate gold ring with an “H” on it, Harry’s initial. The new ring is just another piece of monogrammed jewelry Markle has added to her collection.

In addition to the “H” ring, the actress has also worn an “H & M” necklace, symbolizing both her and Prince Harry’s first initials. The couple is also known for wearing matching bracelets and beanies.

RELATED: It looks like we now know where Prince Harry will be spending Easter weekend

Just before Markle was spotted out and about wearing the ring, Prince Harry was seen arriving at her home in Toronto carrying a duffel bag over his shoulder, as the royal is reportedly visiting his girlfriend for Easter. The pair will reportedly be lying low in Canada during Easter weekend after traveling to both Norway and Jamaica together.

“Despite the distance, the media attention and everything else, there’s a real ease to their relationship,” a source recently told PEOPLE. “It just works. They are deeply happy.”

RELATED: Meghan Markle’s estranged half-sister is threatening to release all of her dirty laundry in a new tell-all book 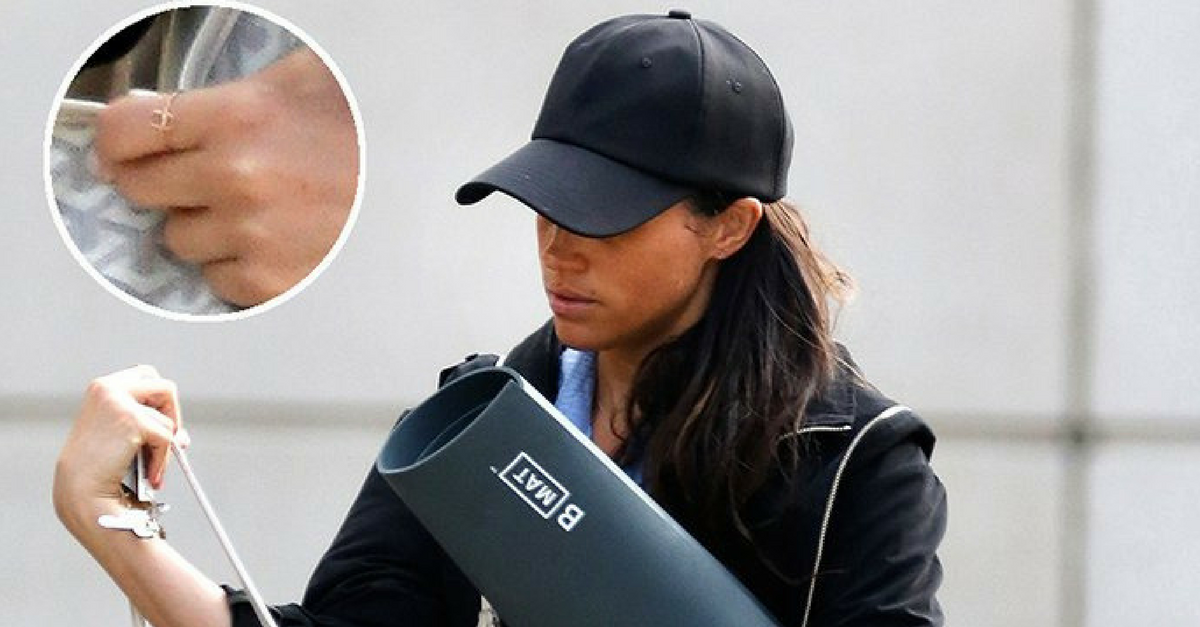