Reports of Texans taking cover and losing their lives during the massacre in Nevada are sweeping social media:

But one attendee embodied the Texas spirit and showed his defiance in the face of the shooter 30 stories above the ground.

As featured above, with a beer in one hand, the unidentified man extended his middle finger toward the shooter with the other, even as the sound of automatic weapons fire could be heard throughout the venue.

RELATED: A man died while shielding his wife in the Las Vegas shooting

As other concertgoers around him dove to the ground or ran for cover, the patron stood up and gave the gunman a one-finger salute.

Other nearby concertgoers yelled at the man to “get the f**k down,” but the man stood his ground and expressed his anger in symbolically before ducking for cover.

RELATED: State and federal law clash on definition of terrorism after shooting

The shooter, eventually identified by authorities as Stephen Paddock, 64, fired down onto the crowd from the 32nd floor of the Mandalay Bay hotel for unknown reasons at this time.

Paddock reportedly killed himself before police SWAT teams entered his hotel room from where he was firing at the Mandalay Bay Resort and Casino. 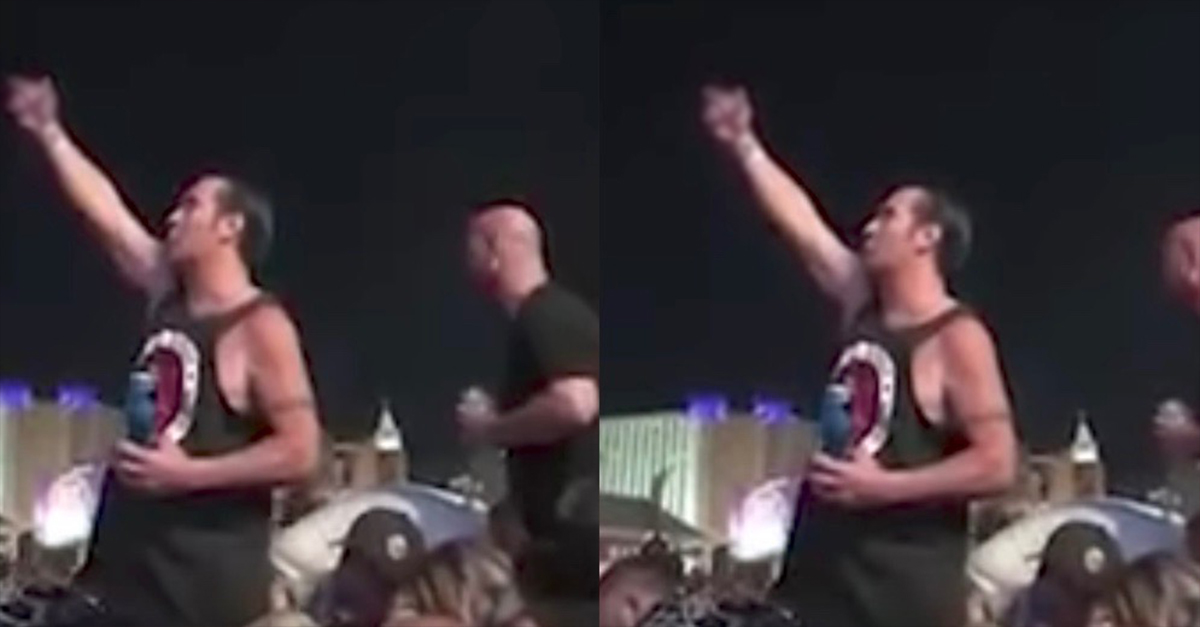