The water treatment plant in Beaumont, Texas has been offline for days. Anything helps when it means fresh, clean water. In this case, that means breaking into a Coca-Cola distribution warehouse — with permission, of course. Bill Zang and Sam Byers recently found themselves in that exact situation.

In a city with no water, two men get Coca-Cola's permission to steal it https://t.co/FygRPK2P4A pic.twitter.com/0wjzMWOkcW

RELATED: The hurricane rain has subsided, but many rent payers in Houston are now facing eviction

Someone from the Coca-Cola company contacted the Beaumont Fire Department to tip them off: There were thousands of bottles of Dasani water stored in a north Beaumont distribution center. It was theirs if they could get to it — the warehouse was surrounded by floodwaters.

That tip was passed on to Byers and Zang, who had a hovercraft and other tools of the trade.

With a saw, a hammer, and a hovercraft, the two got through a gate, into the warehouse, and secured 14 cases of water. Those cases, according to USA Today, were headed to the National Guard, who would redistribute them. 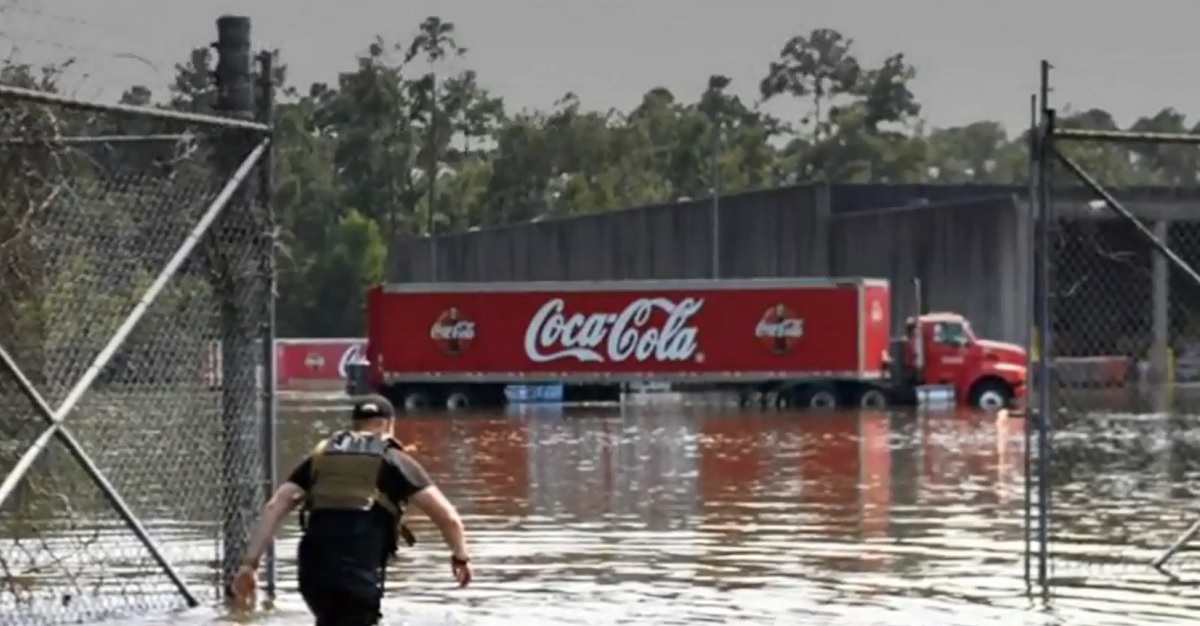