The federal government of the United States is a strange bird. When it comes to assembling a surveillance juggernaut that unconstitutionally gathers (until recently) unlimited metadata and tracks Americans’ online transactions through systems with sinister names like XKeyscore, it is a model of efficiency. When it comes to monitoring the entries and exits of foreigners into and out of this country, it suddenly stalls, stumbles, and trips over its own red tape.

At issue are visa overstayers, those who enter the United States with a visa to work or study and fail to leave before their stay expires, usually after three to six months. All the way back in 1996, Congress mandated the creation of an entry-exit biometric database, under which all visa entrants would have their fingerprints scanned, and then scanned again when they departed. Failure to obtain that second matching fingerprint would trigger alarms across all levels of law enforcement, who would, in theory, eventually catch and arrest the overstayer.

Such a system would be necessarily massive (in 2015 alone, about 45 million visas were issued). But surely, given 20 years and billions of dollars, a government powerful enough to catalogue all your phone information could cobble something together on visas. Not so. The culprit is a reliable one: bureaucracy. As Steven Brill reported at The Atlantic last year: “At the airports, where exit kiosks were initially tested, the airlines fought with the airport police who fought with homeland-security officials over who should maintain the machines and make passengers input their fingerprints.” (Have you ever been less surprised in your life?) The “entry” part of the database was eventually implemented in 2006 but the “exit” part remains outstanding, a violation of standing law.

Consequently, the numbers have been astonishing. Nearly half a million foreigners overstayed their visas in 2015, according to the government’s own data. The feds’ response was lethargic, launching investigations into fewer than 0.2 percent of overstays and arresting only 0.04 percent. That trend is now driving illegal immigration. Most of those in America unlawfully aren’t drug-runners who managed to serpentine across our soon-to-be-blocked-off-by-a-wall-and-possibly-a-moat-filled-with-hammerhead-sharks southern border; they’re visa overstayers.

Imagine for a moment that you’re a foreigner plotting to carry out a terrorist attack inside the United States. Do you endure the (unfairly maligned) refugee program, with its tight caps and relatively rigorous screening and long wait times? Or do you tell overseas consular officers you want to work in America, obtain a visa, and linger past your exit date until your dirty work is done? The obvious answer is the latter, which is why a Muslim refugee has never carried out a successful terrorist attack in the United States but five of the 9/11 hijackers had overstayed their visas.

That brings us to Donald Trump and his inflammatory executive order signed last week that presses pause on refugee admittance and implements a travel ban on seven predominantly Muslim countries (most of which have never produced a single terrorist who’s struck the American homeland). The order is akin to his wall: ideologically gratifying, politically sexy, a symbol rather than a serious policy—unlikely to stop a single attack.

If Trump really wants to make the homeland safer and make its immigration system less maddening, he should start by tackling the visa problem, making the “exit” end of that entry-exit database a reality, codifying it as policy that all visa overstayers will be arrested, and perhaps cutting down on the total number of visas issued. The United States is undeniably generous here—45 million visas in 2015—so a modest trim shouldn’t provoke international wrath; in fact, the British, currently raging against Trump’s refugee suspension, have themselves struggled to contain visa overstays.

Trump is aware of this problem. “If we don’t enforce visa expiration dates,” he pronounced during the presidential campaign, “then we have an open border – it’s as simple as that.” Follow through on that, crack down on sanctuary cities, study the refugee program without quashing it—there’s an immigration policy that’s both more sensible and less polarizing. 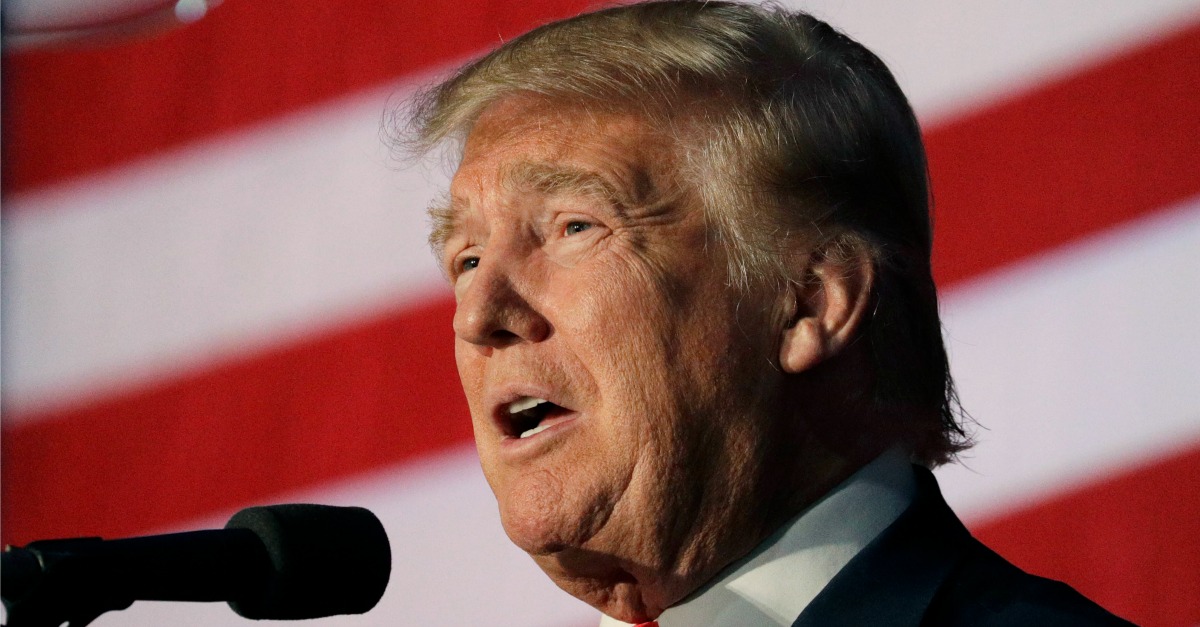