During Sunday night’s Academy Awards, host Jimmy Kimmel pulled a prank on a group of people who thought they had taken a bus to tour a museum. Instead, they entered the building to discover that they had been taken to the Oscars.

Trust #JIMMYKIMMEL to pull a prank on these lucky tourists who just got a surprise visit to the Oscars. #HBOAsiaOscars17 pic.twitter.com/gBnxh9KYDq

While there, the tour bus riders snapped photos as they were introduced to some stars, including Ryan Gosling, the “overrated” Meryl Streep, and Casey Affleck. One engaged couple, “Gary and Vicky” even got to meet Denzel Washington, who mock officiated their wedding in front of the crowd. Another lucky person actually got to hold Mahershala Ali’s Oscar.

The prank got mixed reviews on social media, with some thinking it was hilarious…

WE ARE ALL VICKY WHEN IN THE PRESENCE OF RYAN GOSLING. #Oscars pic.twitter.com/Vqslt91i0h

WE ARE ALL GARY #Oscars pic.twitter.com/oWRCnsWm3s

…and others find the ordeal a bit uncomfortable.

This is so awkward. #oscars pic.twitter.com/EwIk5wVrda

I CAN'T WATCH THIS IT IS TOO CRINGE ARGGHGGGHEKLSOXJWNW #Oscars pic.twitter.com/1OOjzHIwlx 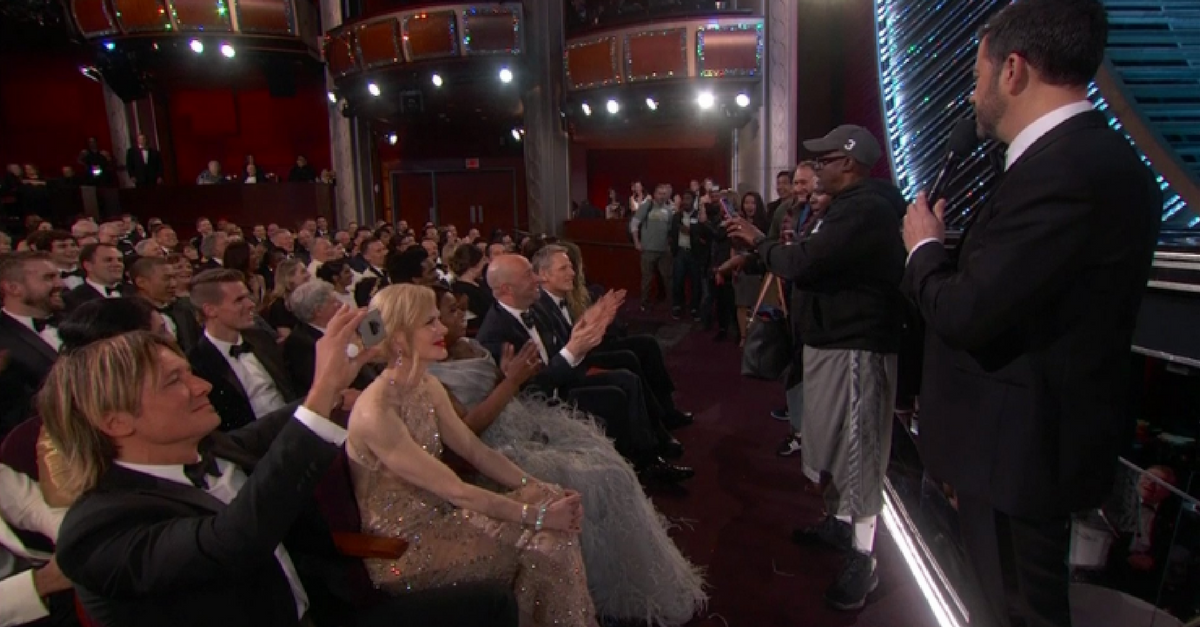