Menu
Follow us
Search
Menu
Search
CORRECTS SOURCE OF FUNDING TO A PUBLIC-PRIVATE PARTNERSHIP BETWEEN THE CITY AND THE NONPROFIT ORGANIZATION BUFFALO BAYOU PARTNERSHIP Houston's Buffalo Bayou as it snakes its way into downtown below a highway overpass Friday, April 18, 2014. The city and the nonprofit Buffalo Bayou Partnership are spending $58 million to improve the waterway and the surrounding parks and bike and jogging trails. (AP Photo/Pat Sullivan)

Vidal Valladares is a lover, not a fighter.

It was out of love that the cupid-struck man asked his friends to help him shut down traffic on I-45 near downtown Houston.

On December 13, 2015, Valladares had his friends line up on the busy stretch of highway so that he could surprise his then-girlfriend Michelle Wycoff with a unique proposal.

While he got a “yes” from his Wycoff, he got a resounding “oh, heck no” from the city of Houston.

With I-45 already a nightmare, drivers don’t need more traffic issues, even if it’s for love.

Valladares was arrested and charged with obstruction of a roadway, which is a Class B misdemeanor.

Prosecutors agreed to let Valladares off easy if he agreed to a public apology and served a year of probation. Friday, July 7 marked a year from Valladares’ apology.

He was before a judge again this Friday to find out his fate.

The judge found that he met the requirements of his probation.

RELATED: Almost 200 pigs ran loose on I-45 near Dallas after a fiery crash

As part of his probation, Valladares had to complete 32 hours of community service, pay a $300 fine, take defensive driving, and complete a course called “Making Better Decisions.”

As of Friday, Valladares is off probation and free to move on from the incident with his wife, who will certainly remember his proposal forever. 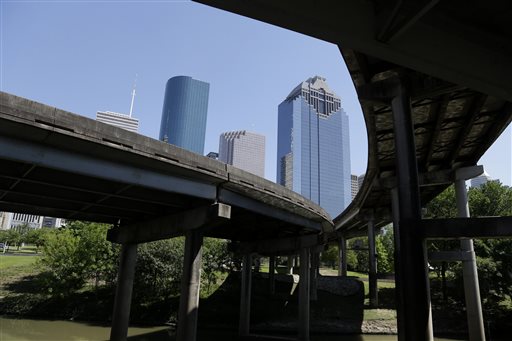